“They’re going to maintain the facades but it’s going to be really mucked up by the fact that they are going to try and squeeze an extra floor into the current building and add another floor on top,” Walworth Society member said 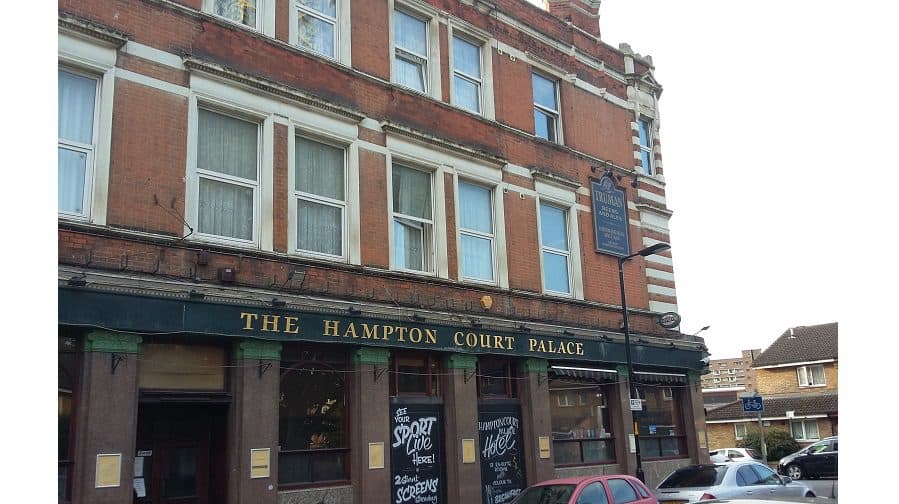 Residents have mounted a campaign to stop an “important Victorian” former pub building from being transformed by a hotel firm.

The age of The Hampton Court Palace in Hampton Street (now used as a hotel) is unknown. But the pub was reopened in 1983, and was designed by distinguished architect FA Powell.

Now, plans have been submitted by Ionic Hotels Ltd now wants to expand the number of rooms from 13 to 45, by adding an extra floor and building a side extension over its garage.

Jeremy Leach, chair of the Walworth Society, told the News: “What’s exceptional is that it stands out as an historic building in an area that’s undergone a lot of change, and the freeholders is now planning to remove a lot of what’s significant about the building’s design and character.

“They’re going to maintain the facades but it’s going to be really mucked up by the fact that they are going to try and squeeze an extra floor into the current building and add another floor on top.”

In a formal objection on Southwark Council’s website, the Walworth Society also said the western end of Hampton Street is “blighted by poor management of the public realm in particular in the form of car parking in the surrounding area and through regular fly-tipping in this location”.

One local resident’s objection said that parking was “already very limited” at the neighbouring Newington Estate. Another resident was concerned that hotel visitors would bring added noise to the street.

A spokesperson for Ionic Hotels said: “In regard to the Hampton Court Palace Hotel planning application, unfortunately the owner is unable to  comment at this moment in time. However the comments raised by local residents and community interest groups have been critiqued and a formal response has been provided by the applicants planning consultants and submitted directly to the case officer at Southwark Council. The response examined the key criticisms and further justifies the principle of development on the subject site. The planning application is currently under consideration and no further comments will be provided at this moment in time.”

See the plans at the council’s planning portal and use the code 17/AP/3100.