He was taken to hospital 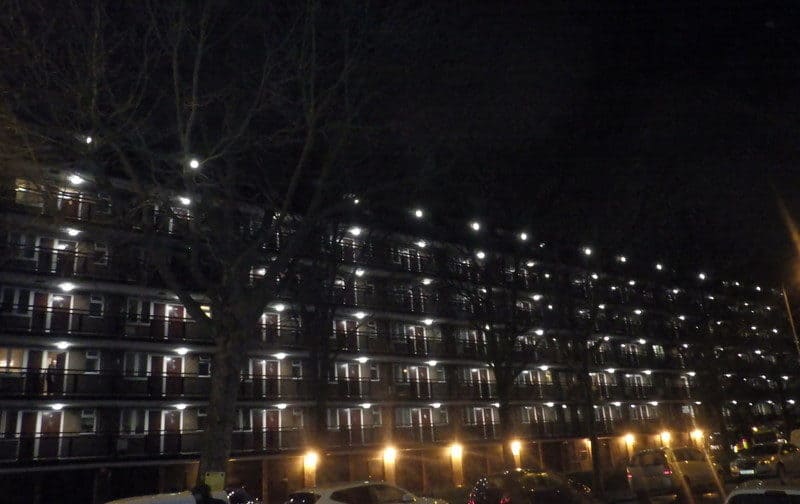 A man was rescued from a Bermondsey flat fire last night.

He was treated for smoke inhalation at the scene in Lockwood Square, before being taken to hospital.

Part of the living room in the top floor flat was destroyed by the fire, which firefighters say was difficult to tackle due to clutter blocking exit routes.

It is believed the blaze could have been started by a discarded cigarette.

Sub Officer Ian Epps said: “We’d rather you didn’t smoke at all, but if you are a smoker, it’s absolutely vital you ensure your cigarette is completely out when you’ve finished smoking it.

“If you don’t, you risk causing a fire which could not only destroy your home, but also cost you your life.

“There were a lot of possessions and clutter in the property which can make it challenging for firefighters to gain access.

“Fires can also spread much faster, especially when there are flammable items such as newspapers or cardboard.”

The brigade was called shortly after 10pm and the fire was under control an hour later.