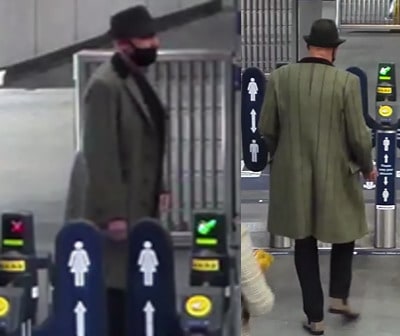 A man was allegedly punched in the face for not wearing a face mask on a London Bridge train.

Cops today released CCTV images in connection with the reported assault on Sunday, October 11 at around 2pm.

They say the victim was approached by a man who punched him in the face for not wearing a face covering as the train was nearing the station.

The pair then had an altercation on the platform once the train arrived before being separated by members of the public.

The British Transport Police said the victim was not injured seriously.

The man pictured in the CCTV may have information which can help the investigation, detectives say.