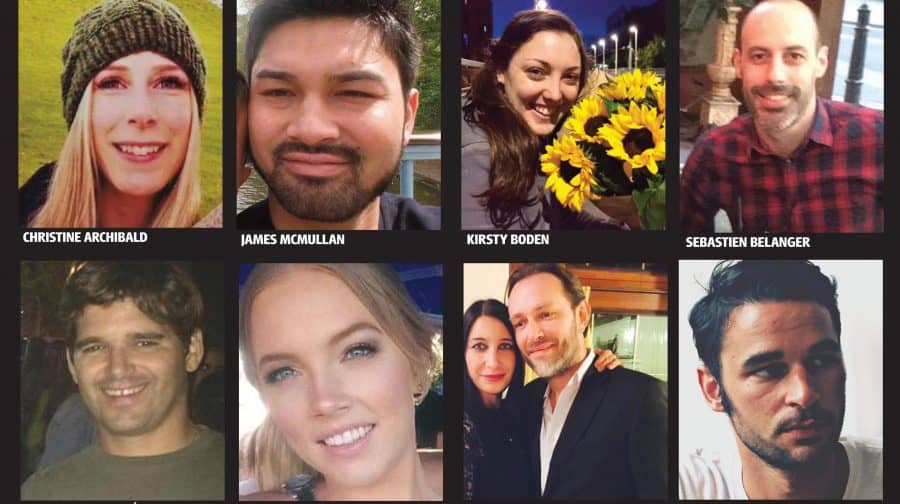 A London Bridge terror attack victim has been formally given a posthumous bravery award today for attempting to save a woman by hitting a terrorist with his skateboard.

Spaniard Ignacio Echeverría, 39, tried to use his skateboard to hit a terrorist during the attack on June 3rd last year, before he was sadly killed.

Ignacio’s parents were presented with the George Medal at a Buckingham Palace ceremony today, to honour his bravery.

The committee giving out the award said earlier this year his actions “undoubtedly prevented further loss of life” by giving time for others to run away from the knife-wielding terrorists.

The courageous HSBC worker had been skateboarding with friends when he jumped off his bike and hit a terrorist who was stabbing a woman with his board.

Two police officers who were seriously injured when they took on the terrorist attackers have also been formally awarded the George Medal.

British Transport Police officer Wayne Marques has also been given the award, after he took on the attackers armed only with his baton.

Fellow police officer Charlie Guenigault, who was off-duty at the time, also received the bravery award for rushing to the aid of PC Marques, being repeatedly stabbed in the process.

Three terrorists drove a van into pedestrians on London Bridge during the attack before launching a knife rampage at Borough Market.

The atrocity claimed the lives of eight victims, including Ignacio.

The medal, first introduced by King George VI in 1940, is awarded for civilian acts of courage and bravery.

It has been awarded more than 2,000 times since it was first introduced.