London Bridge attack: Unsung heroes’ stories including No 40 bus driver could feature at inquest next month

Anton Sobanski, who was driving the No 40 over the bridge at the time of the attack, rushed to help one of the victims 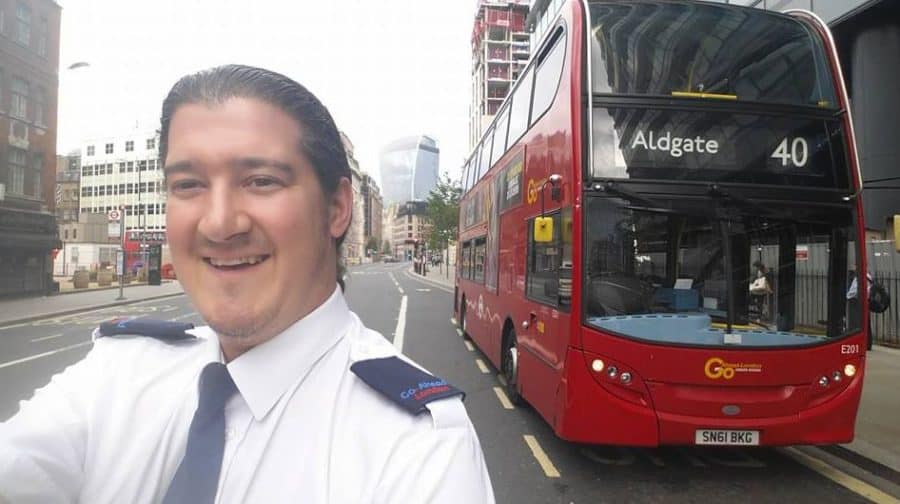 Anton pictured beside the No 40 bus (Image: Anton Sobanski / Facebook)

The story of a bus driver who attended to one of the victims of the London Bridge terror attack could  feature among the tales of unsung heroes when the inquest begins next month.

Anton Sobanski, 40, had been coming to the end of a ten-hour shift driving the No 40 bus to Dulwich when he was involved in the atrocity on June 3, 2017, which claimed the lives of eight innocent victims.

Speaking in a video filmed days after the attack, he said: “There was a van that went across London Bridge and crashed. Three men with very large knives got out and attacked people.”

At the time, he did not know the terrorists were armed with knives. “It was very scary. I didn’t know for ten minutes that they had knives.

“I remember hearing a scream, I looked in my off-side mirror and saw a white Renault van very quickly just came across and had obviously hit the lady.”

The lady was Christine Archibald, a Canadian visitor to London with her fiancé. She is said to have died in her partner’s arms of her injuries.

Mr Sobanski initially thought it was a traffic accident, but realised quickly it was not the case as the van continued to accelerate, he says in his video. “I was telling my passengers, there’s a terrorist attack, please stay on the bus. Just a big thing to deal with all at once.

“As I got out of my bus, my priority was to look after my passengers and also to attend to the lady.

“I was going in-between my bus and the people who were down on the ground.”

The bus driver, who vlogs his travels on YouTube, rushed to the aid of Christine, while also trying to make sure the ten passengers on his bus remained safe – including two children under three years old.

“When something like this happens, I don’t know, I stepped up to the mark because I know I’ve got to help to do whatever I can to help.” He praised those who faced the attackers, saying they were “the real heroes.”

“Those are the true heroes of that night, they were the real heroes, the ones that faced these people with knives and got injured and carried on,” he recounted.

The inquest for the victims is due to begin on May 7 and will last around two months.