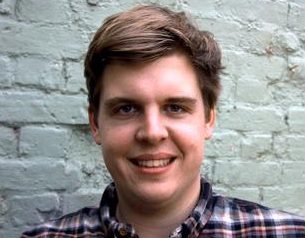 A poet who was involved in the London Bridge terror attack last June is to release a collection about his traumatic experiences.

Richard Osmond, 31, was drinking with friends in the Katzenjammers Bierkeller in Borough on a stag do when police officers stormed the building and told everyone to get down on the floor.

Only metres away, armed terrorists had driven into pedestrians on London Bridge, before going on a stabbing rampage, killing eight.

The writer, who also works as a wild food forager, told the News that he used poetry “as a way of processing the events of that night.”

Emergency services put the beer bar on lock-down to secure the area, and to treat injured people at the scene.

Mr Osmond has now written a collection about the tragedy – called Rock, Paper, Scissors, after the game that led the writer and his friends to be in the bar at the time – due to be released in June 2019.

He said: “The collection is a response to the way information flowed at the time [of the attack].

“There’s a lot of disconnect between the archetypal narrative and how you actually experienced it.

“Poetry allows you to sit in that space of confusion and explore it.”

The poet performed the central poem of the collection at a South Bank event on Tuesday, for a twentieth anniversary of the Foyle Young Poets of the Year award, which Mr Osmond won aged 17.

A third of the book details his experiences of the tragedy, said the writer, a third is translations of Beowulf – the epic in which barbarians storm into a beer hall – and a third verses from the Qur’an.

The poet said that he recognised “in a way, it could be quite controversial” – but that he hoped it would help “liberate the Qu’ran from some of the more extreme interpretations.”