The couple partied for 24 hours in Spain, visiting a five star hotel and riding on a private yacht 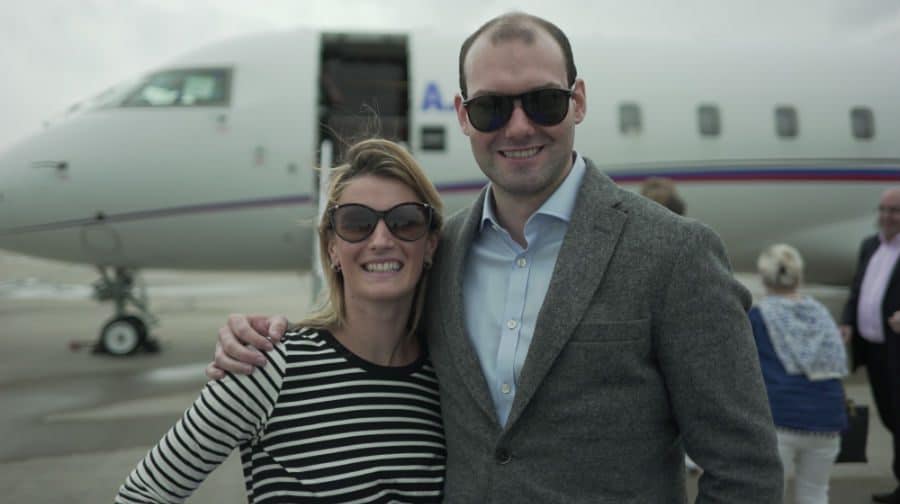 A London Bridge couple were among eight lucky winners of a private jet trip to Ibiza organised by Absolut vodka and Uber.

Heather Williams, 33, and Adam Runcorn, 28, were whisked away at short notice as part of the #AbsolutNights campaign, which seeks to encourage people to open up to new experiences.

Tax Advisor Heather entered the competition along with 23,000 others, and found out she won the trip at home last Friday morning. She decided to accept the invitation to head straight to the airport to a waiting private jet.

Heather said: “I have never won a competition before and only entered when Adam reminded me before he left for work on Friday morning. When I won I was in complete shock.

“It didn’t feel real and then total panic sunk in when I was told that my Uber would arrive to collect me in three minutes to take me to the private jet!

“We literally had no idea what to expect, the whole trip was a once in a lifetime opportunity that I will never forget. The highlight was flying on a private jet.”

With only three minutes warning before her Uber arrived, she packed a bag of holiday essentials, grabbing only a passport and sunglasses for her boyfriend Adam.

The 24 hour experience was hosted by TV and radio presenter, Arielle Free, and Absolut’s global ambassador and mixologist Rico Dynan.

In Ibiza the experience included a private yacht ride, a private table at famous beach club Blue Marlin, a stop at the five star hotel OD Talamanca, dinner at KM5 and then on to Glitterbox at the legendary nightclub Space, for its last season before it closes permanently in autumn.

At 5am, guests continued the party into the morning hours and caught the sun rising over Talamanca bay.