London Bridge inquest: Victim kissed fiance and told him I love you moments before death 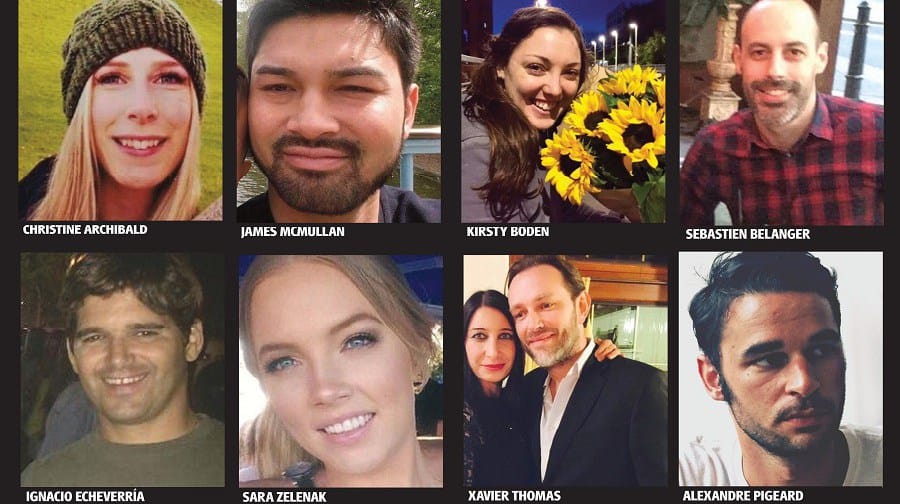 The eight victims who lost their lives during the London Bridge terror attack on June 3, 2017

A victim of the London Bridge terror attack kissed her fiancé and told him she loved him just moments before being hit by terrorists deliberately driving a van into pedestrians, an inquest has heard.

The inquest into the atrocity on June 3, 2017 which claimed the lives of eight innocent people opened on Tuesday at the Old Bailey and heard moving tributes from families of the victims.

Opening the inquest, Chief Coroner of England and Wales, Mark Lucraft, told the court that the lives of many had been torn apart in less than ten minutes in a night of “high and terrible drama.”

During their rampage, the three terrorists mowed down pedestrians on the bridge in a rented van, before leaving the vehicle and “indiscriminately” stabbing people with twelve-inch knives.

Among the heart-breaking details to emerge on the first day of the inquest as families paid tributes to their loved ones was that Canadian Chrissy Archibald, 30, told her fiancé she loved him just moments before her death at the hands of the terrorists. Her partner, Tyler Ferguson, told the court: “At one point, Chrissy stopped me out of nowhere, grabbed me close and gave me a passionate kiss after telling me she loved me.

“I remember it being a warm summer’s evening and the sun had just gone down. Then the attack took place and Chrissy was killed.”

The inquest will establish the facts of the night and also examine whether lessons can be learned from the future, said the Chief Coroner.

Alongside the eight innocent victims who lost their lives, another 48 people were seriously injured in the attack, Mr Lucraft added.

The inquest, which will be followed by another hearing for the inquests of the killers, continues.

Southwark NewsNewsLondon Bridge inquest: Victim kissed fiance and told him I love you moments before death