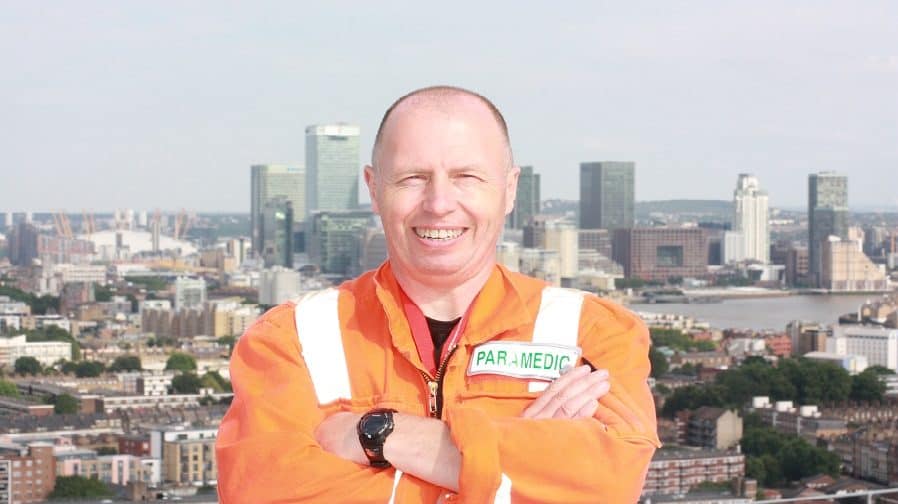 An air ambulance flight paramedic has told of the moment the emergency services first became aware of the unfolding London Bridge terror attack.

Bill Leaning was on duty on Saturday, June 3, 2017, at the emergency operations centre. As the flight paramedic says, “Our job is to find those small cohort of patients that we can make a difference to, so that we can send our team to where they will be best used.”

But it quickly became apparent that night was different: “The calls started to come in, and you start to see more and more, at the same location.

Today marks the first anniversary of the London Bridge Attack. Watch our paramedic Bill speak for the first time about his role in the response. The film is dedicated to all those who lost their life that day + those who continue to be affected. https://t.co/f8e7eBA69n pic.twitter.com/RFkCgOSZET

“You then get: car on the street, shots being fired, people being stabbed. You know that something more is going on.

“You’re potentially putting your colleagues at risk but you stick to what you’re trained to do, your stomach flutters a bit, you sweat a little bit more and then you start to think about what you’re going to do.”

In the aftermath of the attack, the emergency service’s quick response was praised.

On the night of the attack, Bill dispatched five air ambulance medical teams to London Bridge.

The call first call came in at 10.07pm, and within seven minutes the air ambulances paramedics were on the scene.

By 10.16pm the three armed attackers had been shot dead by police.

Bill simply says: “I’m a lucky person to work with people who are driven, want to do the best for their patients.”