London Bridge one year on: Commemoration service to be held on this Sunday’s anniversary 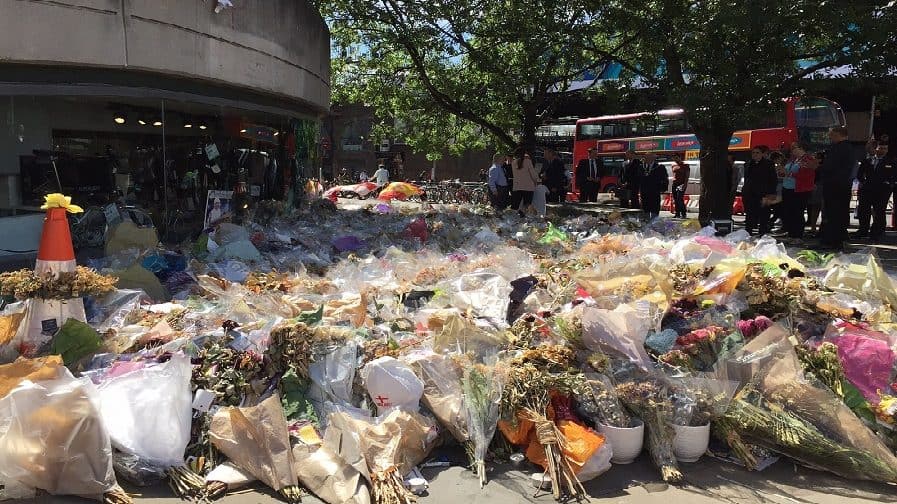 The first anniversary of the London Bridge and Borough attacks will be marked by Southwark Council and Southwark Cathedral this Sunday with a procession, a minute’s silence, and a book of hope.

A private commemoration service will be  held at Southwark Cathedral at 3pm on Sunday for bereaved families and victims, with members of the local community and first responders.

The ceremony will include lighting candles for each of those who lost their lives, and one for everyone harmed in the attacks.

A ‘tree of healing’, an olive tree, will be planted in the cathedral’s grounds in compost made from flowers left in tribute at London Bridge in the aftermath as a memorial to all affected.

The News has been informed a procession from the Cathedral to Southwark Needle, the monument at the corner of London Bridge and Duke Street Hill, will also take place, followed by a minute’s silence.

Flowers will also be placed on London Bridge, for workers and passers-by to pay their respects.

The ‘book of hope’ will be displayed at Southwark Cathedral on Saturday, June 2, and Sunday, June 3, for well-wishers to leave messages of hope and condolence, before returning to City Hall until Tuesday, June 19, as part of the Mayor of London’s plans to commemorate the anniversaries of the four terrorist attacks in London last year.

Cllr Peter John, Leader of Southwark Council, said: “June 3, 2017, is a day that will forever be imprinted in the memories of all Southwark residents and of many other Londoners and friends from around the world whose lives tragically changed that night.

“The first anniversary is an emotional time for everyone involved, and we hope that all will find comfort and solace in the planned events, remembering those who were lost and also those who suffered both physical and psychological harm.

“But we must also be thankful for the heroism and commitment of many, many people who worked tirelessly in the hours, weeks and months that followed to support those affected, and help our borough and city to remain united in the face of such cowardice and brutality.

“I hope we can all stand together on June 3 to send a message to the world that we do not give in to terror, and evil will never win.”

The Dean of Southwark, The Very Revd Andrew Nunn, said: “It is a privilege to be able to host this service of commemoration on the first anniversary of the London Bridge attack.

“Having been at the heart of the events of that dreadful night it is right that the Cathedral is the focus for our remembering and prayers for healing and peace.

“We hope that the families of those who died, those who were injured and all who were in any way caught up in the horror will find the service a source of strength and hope.

“The ‘tree of healing’ which we will plant will remain as a constant reminder to us all of those who were harmed but also of the importance of our communities coming together to stand against violence in all its forms.”

Victim Support, British Red Cross, and NHS mental teams will be providing support on the day.

Southwark News will be covering the anniversary events as they unfold, and will share details on timings for the commemoration as soon as they are available.

Southwark NewsNewsLondon Bridge one year on: Commemoration service to be held on this Sunday’s anniversary