London Bridge one year on: Remembering the innocent victims 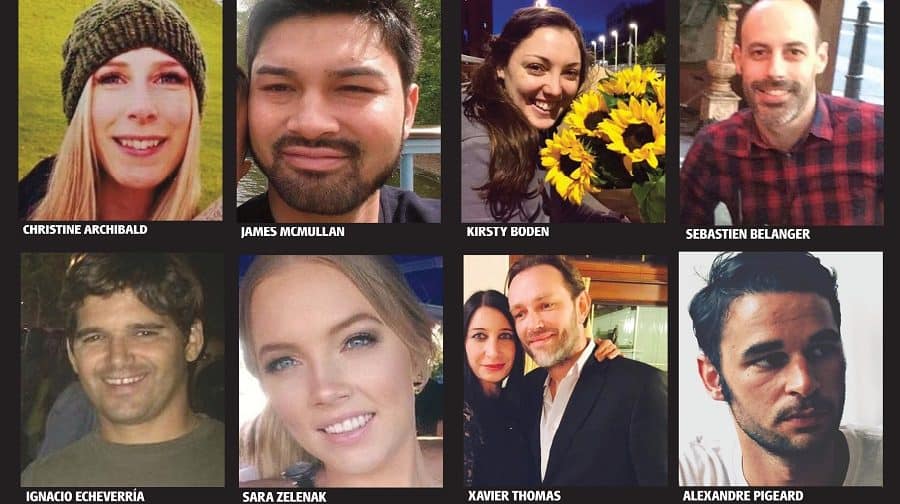 Eight people were killed and 48 injured exactly one year ago this weekend, in what has gone down in history as the London Bridge terror attack.

Three knife-wielding terrorists ploughed into revellers and tourists on the bridge that fatal Saturday night before slashing people as they made their way in a killing spree through Borough Market.

On Sunday Southwark will remember them as the world watches on.

French chef Sebastian Belanger, 36, died of a stab wound to the chest in Borough Market as he was drinking at Boro Bistro.

Alexandre Pigeard, a 27-year-old from Normandy, France was working on the terrace at Boro Bistro restaurant in Borough Market.  His body  was found by Southwark Cathedral on Montague Close. He had been repeatedly slashed in the throat and chest – his cause of death was given as a haemorrhage caused by knife wounds.

Stabbed in the back on London Bridge 39-year-old HSBC worker Ignacio Echeverria, from As Pontas, Spain, was fighting back at the terrorist. An inquest heard how he tried to fight one of the three terrorists with his skateboard as he helped an injured woman.

Hackney resident James McMullan, 32, body was found on the steps of the Post Office on Borough High Street. He died of a haemorrhage and a stab wound to the chest. He was last seen drinking at the Barrow boy and Banker pub shortly before the attack at 10.08pm.

Australian nurse Kirsty Boden, 28, was found with stab wounds to the chest in the vicinity of Southwark Cathedral, in Montague Close after it was reported that she ran to help those injured on the bridge.

Fellow Australian Sara Zelenak, 21, an au pair who is reported to have worked in Herne Hill, was found having been stabbed in the throat at the south end of London Bridge. After her death it emerged that she had narrowly avoided two other terror attacks, having been at the scene of the Westminster attack a day before and that she had had tickets for Ariana Grande concert in Manchester.

Frenchman, Xavier Thomas, 45, was pulled from the River Thames three days after the attack – it is thought he was hit by the van and thrown off the bridge. He was crossing the bridge with his partner when he was hit – the pair were on a visit as part of his job as an events and travel manager in Paris.

Canadian Christine Archibald, 30, was struck by the speeding van as she walked across the bridge with her fiancé Tyler Ferguson. She died in Tyler’s arms and was the first victim to be named.

Southwark NewsNewsLondon Bridge one year on: Remembering the innocent victims