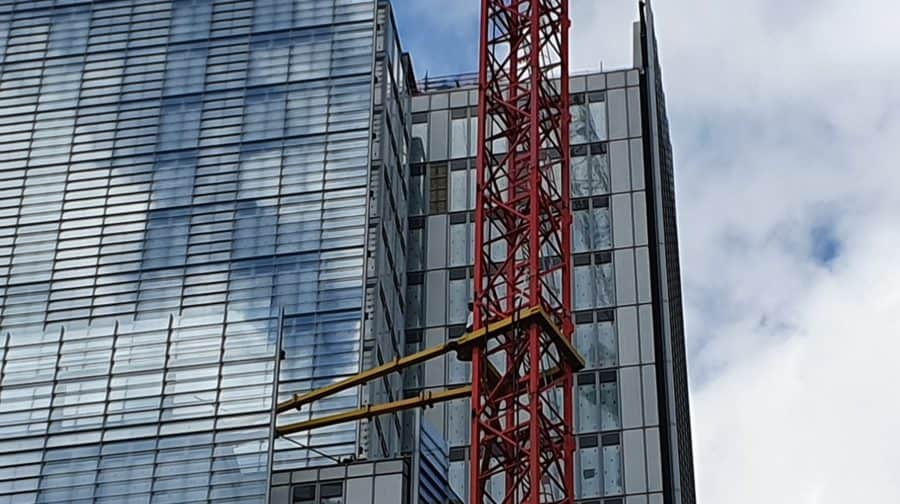 The man has been arrested after scaling the crane at height for five hours yesterday (Image: Hardeep Matharu)

Police have been called to an incident this afternoon of a man attempting to scale a crane near to The Shard.

Scotland Yard confirmed to the News that it was aware of the incident and had been called to the scene, but could not give further details at this stage.

Pictures taken by passers-by near to London Bridge station appear to show a man standing on the scaffolding at height near the skyscraper.

Pedestrians have described the area being at a stand-still after the man scaled the crane. He is reportedly not moving.

“Police response just outside London Bridge station right now – a man has climbed up onto some scaffolding near the Shard. Hope it gets sorted safely,” added a third.