WW2 veteran Roy is thought to have lost the beret around the vicinity of London Bridge on Friday - can you help find it? 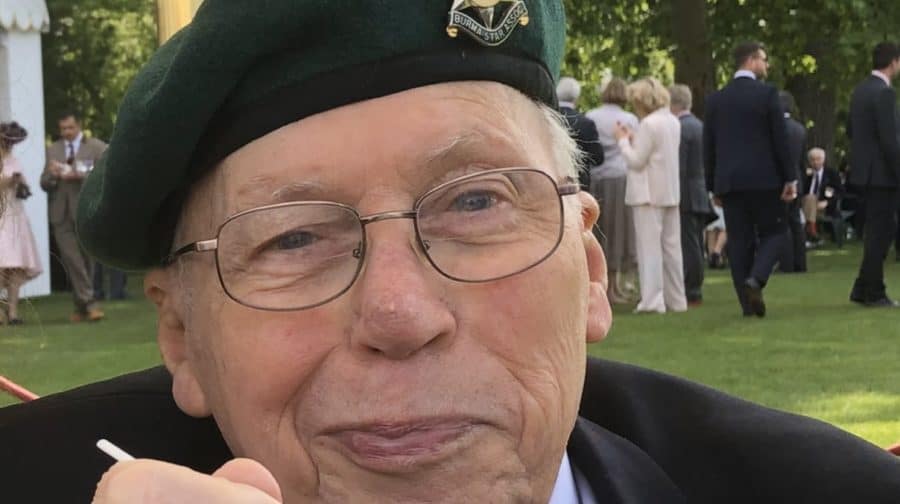 An appeal has been launched to help find a 95-year-old war veteran’s beret after it went missing at London Bridge station when he was attending remembrance services.

Roy Miller, who served in the Royal Navy during the Second World War, is thought to have lost his beret after attending commemorations at Whitehall on Friday.

His granddaughter, Ella Nokes, has issued an appeal on social media for help to reunite the missing Burma Star association beret with veteran Roy.

“My grandad, 95 year old WW2 veteran Roy Miller, was attending remembrance services in London this week, and has LOST his green military beret, probably in or around London Bridge Station,” said the 23-year-old Imperial College student.

“If anyone has seen it, please let me know! It will have his Burma Star Association badge on the front.”

my grandad, 95 year old WW2 veteran Roy Miller, was attending remembrance services in London this week, and has LOST his green military beret, probably in or around London Bridge Station.
if anyone has seen it, please let me know! @TfL pic.twitter.com/yxVqiR4jp6

Thousands have shared the appeal and expressed their best wishes for Roy, who turns 96 next month – with well-wishers even volunteering to replace it at their own expense if the original is not found.

“Hope your grandad gets his beret back,” said one. “He looks amazing for his age! You must be extremely proud of him and I’m sure he is proud of you and all his family.

“Thank him for everything he sacrificed for those of us who have lived in relative peace due to heroes like him.” The veteran, who lives in Wallington, in Sutton, was a gunner on the aircraft carrier HMS Indomitable seeing off Japanese kamikaze attacks.

“Kamikaze aircraft, we were warned about then, we were told we had to shoot them down or we’d lose the ship,” he told the BBC in 2010.

“We were attacked three or four times but we managed to fight them off, I believe we shot them down.”

Roy spent nearly three years fighting during the war and was aboard one of the warships which took surrender in Hong Kong.

He has also featured in a ‘Rethink Remembrance’ campaign by the Royal British Legion, which urges the public to think about the sacrifices of younger veterans and serving personnel.

Have you seen the beret? Contact us on josh@southwarknews.co.uk