'Acts of terror can never defeat acts of love' 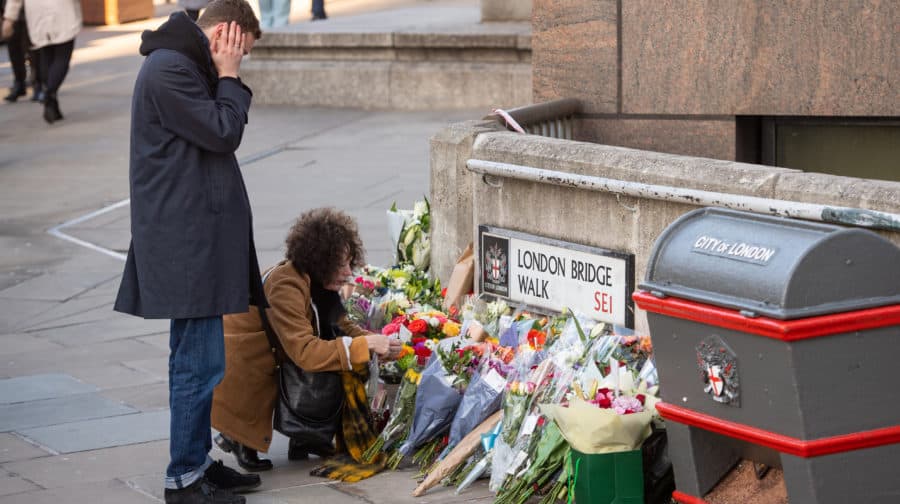 Two books of condolences have been put in place for anyone who wishes to pay their respects to victims and all those caught up in the attack.

One is now in the nave of Southwark Cathedral, and another at the council’s offices in Tooley Street.

Speaking on Friday, councillor Peter John, leader of Southwark Council, said: “It is devastating to hear that people lost their lives in the dreadful incident on London Bridge today, which also brings back painful memories from the terrorist attack in Borough and London Bridge in 2017.

“As ever we are so grateful to the incredible work of the emergency services, and the public for their bravery, and our hearts go out to all those affected.

“Terrorism has no place in our great city, and as before, we will not let this cowardly act change the way we live our lives in unity and positivity.”

The Very Reverend Andrew Nunn, The Dean of Southwark, said it was “hard to begin to come to terms with the fact that there has been another attack on the community”.

In a message to worshippers he said: “I was just returning to the cathedral after leading a retreat on the ‘four last things’ – heaven, hell, death and judgement – meaty topics as we approach advent.

“As I walked along Clink Street it felt it felt as though time had suddenly shifted and I was back two and a half years ago as I was faced again with people literally running away from the direction of the cathedral.

“I, of course, went against the tide and got into the cathedral just as a lock-down was being put in place.”

He went on to describe how he led prayers for those unable to leave the cordon until the coast was clear.

“We know that Southwark Cathedral, London Bridge and the Borough Market are special places, embodying so much about the nature of our great city, holding to a belief in the strength that comes through diversity, always knowing that acts of terror can never defeat acts of love – but at the moment it hurts.”

A specific page has been set up to give people from the London Bridge attack online: