London Bridge terror: Everything we know so far about the attack

The attack claimed the lives of two innocent people, while the suspect Usman Khan, 28, was known to the authorities 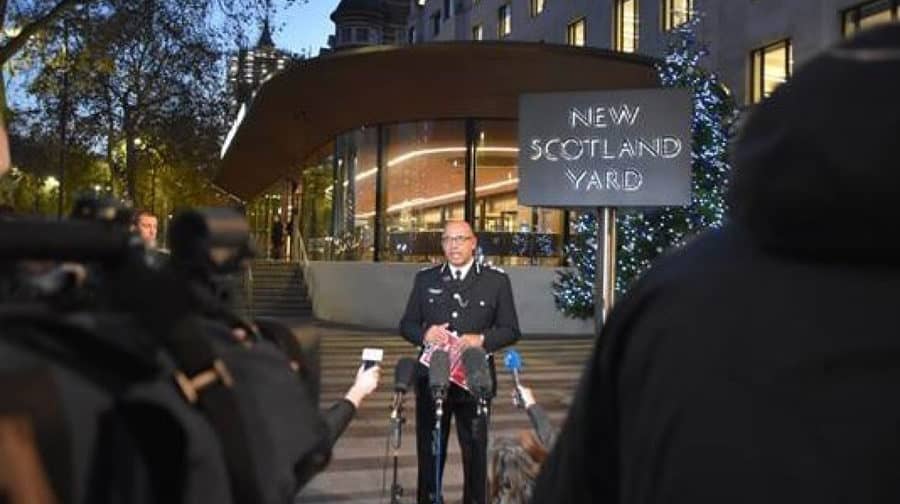 Yesterday at around 2pm, the Met were called to reports of a stabbing at Fishmonger’s Hall near to the bridge.

The suspect, later named as 28-year-old Usman Khan, was chased out of the building and onto the bridge. It has since been declared a terror attack, and officers were on the scene within five minutes.

He was shot dead by officers after being restrained by heroic members of the public. Two innocent victims have died in the attack. One has since been named by family as 25-year-old Jack Merritt, a University of Cambridge graduate.

His father has paid moving tribute to him as a “loving spirit” who always fought for the underdog. Details of the other victim, a woman, are not known at this stage.

NHS head, Simon Stevens, said yesterday that one was in a “critical but stable” condition, another was “stable” and a third had less serious wounds.

The Met were called to the scene shortly before 2pm.

Videos taken by members of the public show people heroically tackling the attacker to the floor – who was wearing a hoax bomb vest – before he is shot dead by armed police officers.

Other footage appears to show police surrounding a white lorry on the bridge before checking its contents. Usman Khan, 28, has been named by police as the terrorist. He was known to authorities (Image: West Midlands police)

Police last night named their suspect as 28-year-old Usman Khan, a former prisoner who had been convicted of terrorism offences in 2012.

Last night the Met’s Neil Basu said officers were searching addresses in Staffordshire, where Khan had been living.

He had been released from prison on license in December last year, reportedly after agreeing to wear an electronic tag.

The Parole Board this morning said it had no involvement with the release of Khan saying he appeared “to have been released automatically on licence (as required by law), without ever being referred to the Board.”

He had been attending an event at Fishmonger’s Hall earlier in the afternoon called ‘Learning Together’, a prisoner rehabilitation conference hosted by Cambridge University, police said.

The attack is believed to have begun in the hall before spilling out onto the bridge.

Brave members of the public who tackled the attacker have been widely praised for their heroism.

According to one witness at the event, a member of the public used a narwhal tusk – a long whale horn – from the wall and ran after the attacker to confront him.

A guy who was with us at Fishmongers Hall took a 5’ narwhale tusk from the wall and went out to confront the attacker. You can see him standing over the man (with what looks like a white pole) in the video. We were trying to help victims inside but that man’s a hero #LondonBridge

Another took a fire extinguisher off the wall and sprayed it at him in a bid to stop him.

Other members of the public grappled with the knife-man on the bridge, which allowed police to shoot him.

One witness said: “This man was walking behind us when the attack began. He ran through the traffic and jumped the central partition to tackle the attacker with several others. We ran away, but looks like he disarmed him.”

The hero appears to have managed to taken the killer’s knife off him, while others held him down to the ground.

The civilians have been widely praised both by the police and politicians for their actions.

“We saw the very best of Londoners,” said Mayor Khan this morning.

Last night the Met’s chief, Cressida Dick, said: “I also want to thank the members of the public who have helped, either by showing extraordinary courage by stepping in or by following the instructions they’ve been given by officers at the scene and in the area.

“This support from our public assists us more than you could know.” “There was an awful moment, there was a shout and you saw everyone running for their lives,” said witness 65-year-old Rob Underwood.

“We were so scared when we were lying on the floor and you hear all these stories of people pretending to be dead.”

Another witness, Olivia Bizot, 22, said: “I was on my bike coming on my way here when I heard this explosion.”

“But I didn’t realise it was gun-shots. The police came and I saw massive floods of people running.” “The investigation into the attack near London Bridge continues at a pace,” said the Met’s Neil Basu.

“Whilst we are still in the early stages of the investigation, at this time we are not actively seeking anyone else in relation to the attack.”

Police are conducted enquiries to make sure there is no further risk to the public.

Extensive police patrols will be stepped up around the bridge over the next few days, while police have issued an appeal for anyone with information to come forward on 0800 789 321.

They especially want to hear from those inside the hall at the time.

The three terrorist attackers, who had driven a van into pedestrians before launching a knife rampage, were shot dead by the authorities.

Southwark NewsNewsLondon Bridge terror: Everything we know so far about the attack