Voting is being staggered to help protect counters from Covid-19

Londoners will have to wait two days to hear the results of the mayoral and assembly elections in May, the body running the poll has said, Kit Heren writes…

London Elects said that votes will be counted the day after the election on Friday, May 7, and Saturday, May 8 to help vote counters stay socially distanced and safe from Covid-19.

Votes will either be counted at the Excel centre in east London, Alexandra Palace in the north of the city and Olympia, in Kensington.

Southwark’s votes will be counted on May 7 in the Excel centre. The results will only be declared when all of the votes are counted. 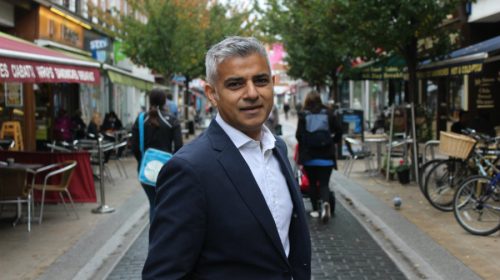 Sadiq Khan is running for re-election

“We rely on hundreds of people from every London borough to deliver these elections and we must provide a secure environment in which to work, as they enable the democratic process,” she added.

“In fact, the full range of people involved in these elections, including observers, candidates, agents and venue staff must be considered in our safety plans.

‘We will tell Londoners who their new Mayor and London Assembly Members are, as quickly as possible – but votes need to be counted safely and accurately.”

There are more than 15 people vying to oust Labour’s Sadiq Khan as London’s mayor. The higher-profile candidates include the Conservatives’ Shaun Bailey, the Green Party’s Sian Berry and the Lib Dems’ Luisa Porritt.

The 25-member London assembly, which examines the actions of the mayor, will also be re-elected.

You can register to vote here. The deadline for registering is April 19.

Southwark NewsNewsLondon election: votes to be counted over two days