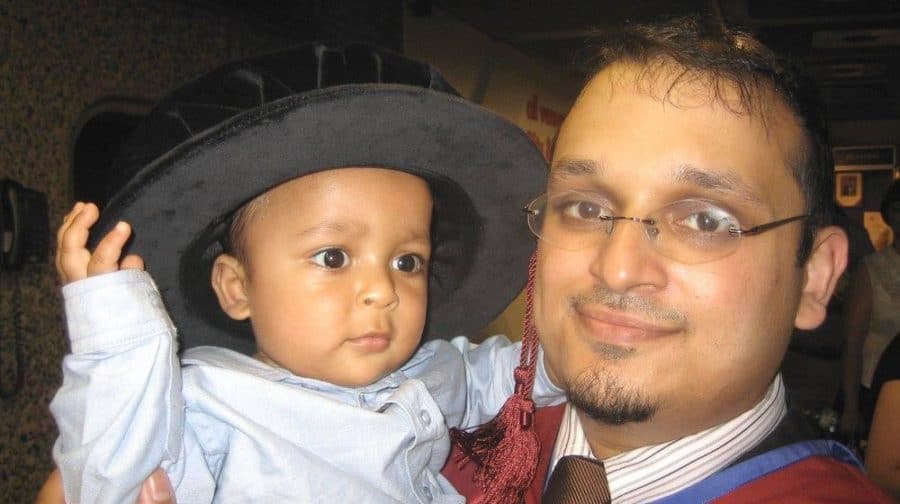 Doting dad, Alamgir Kabir, 46, is running alongside heart doctors at the Evelina Children’s Hospital to thank them for saving his son’s life.

Fourteen members of the hospital’s cardiology team will join Alamgir after they treated his son, Zaki Kabir, 13, for a serious heart condition.

The teen was diagnosed with a congenital heart defect called truncus arteriosus when his mum, Seleha, was 20-weeks pregnant with him. The condition means a single artery comes out of both ventricles of the heart, instead of the usual two – and can be fatal.

Zaki had life-saving surgery at the hospital to correct it when he was just six-weeks-old, and again when he was 5 and 12. He has since made a full recovery.

Alamgir, who himself is a heart doctor at an Essex hospital, said: “We were devastated when we found out Zaki had a serious heart condition.

“My wife and I were terrified at the prospect of him undergoing major heart surgery at such a young age. But the heart team at Evelina London were amazing.

“They really went out of their way to put us at ease. As a heart doctor myself, I was extremely impressed by the cutting-edge treatments given to Zaki and the dedication and care shown by staff.

Running the Marathon was his way of saying thank-you, Alamgir said. “I know the challenge will be really tough but running with the team who saved Zaki’s life will make the day extra special,” he added.

Dr Aaron Bell, paediatric cardiologist at the hospital, said he was “absolutely delighted” Alamgir was taking part in the Marathon, and that Zaki was doing well.

The fourteen Evelina doctors who are running had also “lots of support and encouragement from our patients and we are extremely thankful to them,” he added.