As one officer attempted to make an arrest, their horse fell, crushing them and breaking their ankle, states the report detailing the disorder 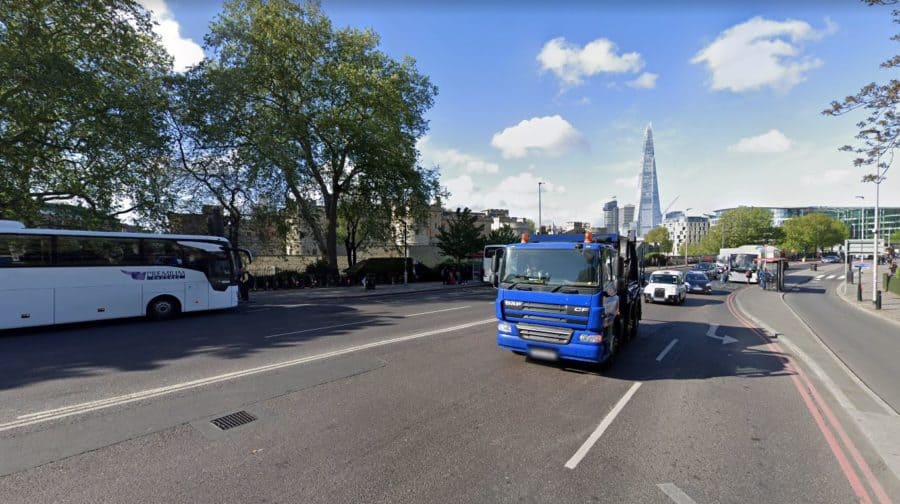 Youths turned an area close to Tower Bridge into a no go zone, said the report

Police want to launch a crackdown on nitrous oxide-using youths on the London Marathon route after “considerable public disorder” at this year’s event.

City of London officers have said that large groups of young people have used the annual event to “congregate in in large numbers to drink alcohol and use drugs, notably nitrous oxide.”

The substance, more commonly called laughing gas, is illegal to supply for recreational uses and has been dubbed ‘hippy crack’ by some press outlets.

Around 500 youths turned a small area close to Tower Bridge into a “no go area for members of the public” this year, according to a City of London Corporation report – with the scale of disorder even taking seasoned officers by surprise.

At this year’s Marathon on April 28, youngsters were arrested for violent disorder, grievous bodily harm and possession of Class A drugs, states the report.

But as one officer was making an arrest on one of the yobs, their horse fell, crushing them underneath and breaking their ankle. Now City police have requested a Public Spaces Protection Order (PSPO) for the antisocial hot-spot, which would give them additional powers to confiscate nitrous oxide and alcohol.

“Seasoned Public Order Officers assigned to the event, who are used to dealing with high levels of disorder, were taken aback with the level of disorder and how quickly the situation escalated,” the report says, which is to be discussed at a City of London Corporation Licensing meeting on Wednesday.

“Despite having 20 Public Order Officers available in the area, another 40 officers were required to deal with the problems.

“In total over 100 City of London Police Officers were deployed to this relatively small geographical area to contain the situation.”

If the measure is approved, members of the public and businesses would be consulted on the exact form the one-day restriction would take.

The route of the world-famous marathon encompasses many parts of Southwark, including Bermondsey and Rotherhithe, as well as the opposing sides of Waterloo, Blackfriars and London Bridges.