"Pride is a glorious celebration of diversity – but also a crucial time to consider the challenges marginalised communities still face." 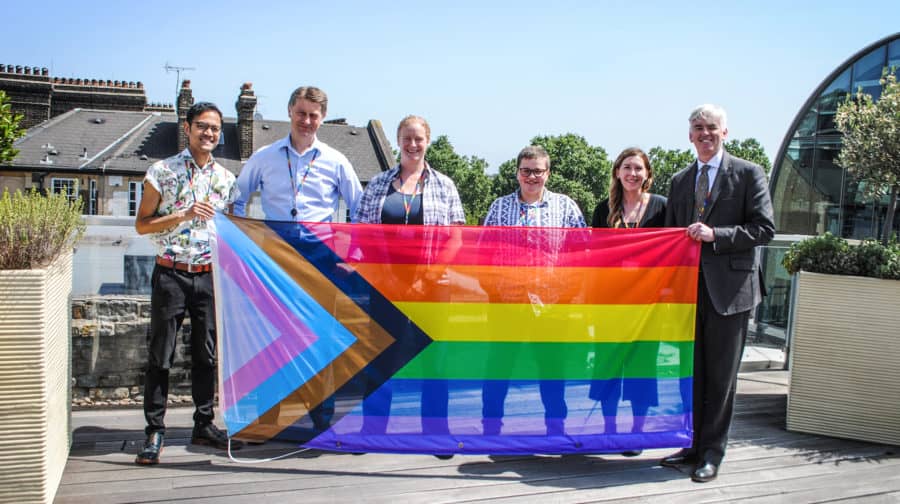 The annual celebration of the LGBT community took place in central London on Saturday, attracting up to as many as 1.5million people onto the streets.

Town hall officials commissioned and hosted the flags, which includes additional colours to represent trans people and LGBT people of colour, in collaboration with its LGBT staff network.

Cllr Rebecca Lury, Cabinet Member for Culture, Leisure, Equalities and Communities, said: “Pride is a glorious celebration of diversity – but also a crucial time to consider the challenges marginalised communities still face, both in Southwark and across the globe.

“We wholeheartedly support every effort to highlight this and help foster inclusivity and diversity, and we firmly believe in leading by example.”

Designed in 2018 by Portland-based designer Daniel Quasar, the updated flag includes black and brown stripes alongside the traditional ‘rainbow’ colours, in a bid to promote inclusivity and representation.