Will you be needing a drink when the UK leaves the European Union in March? This event might be for you 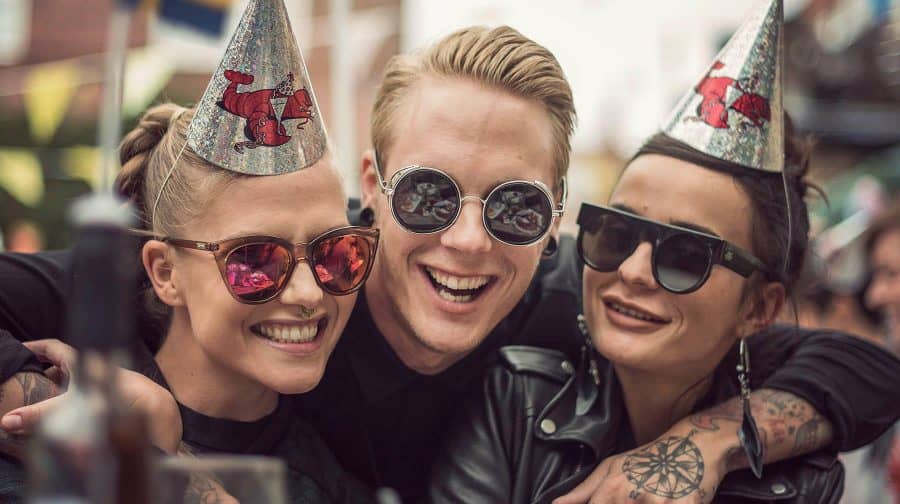 Members of the group LondonSwedes, which is organising the event, pictured at an earlier celebration

Whether you’re drowning your sorrows or toasting in jubilation, Brexit is likely to drive many of us to a drink or two.

But one group of London-based Swedes has decided to go one step further – and host a potential street party for the ‘UK’s Leaving Drinks’ in Bermondsey.

The event, which will take place on March 29, the day the UK is due to leave the European Union, has nearly 1,500 attendees pledging to go – and a further 7,600 people who say they’re ‘interested.’

Charlotte Ågren, founder of londonswedes.com, an online community for London’s Swedish community which is organising the event, said: “Since 2016 there’s been lots of conversations within the group [about Brexit] but it’s often been quite negative comments, so it’s always quite serious discussions.

“But we’re not that kind of group, so we just thought we wanted to do an event where you just get together and have fun.

“We just wanted to make something fun about it.

“It’s also trying to show that we’re a big Swedish community in the UK and we’re not going anywhere.”

Initially the group had planned drinks in London Calling Sweden, a beer tap-room on Bermondsey’s Enid Street – but the number of interested people have outgrown the venue, meaning it is now considering asking the council for permission to have a street party instead.

An alternative proposal would be to open the bar’s space into a neighbouring brewery to allow those who are interested to attend.

Ms Ågren, who is 31 and lives in west London, told the News that reaction to the event has been positive, saying that “most people think it’s a fun idea.”

LondonSwedes are not the only Facebook group to organise a UK Leaving Drinks event to mark Brexit day.

Another event along similar lines appears to have 40,000 people interested – but is not actually linked to a real-world location.

More detail’s of the group’s drinks can be found here alongside updates.