LONDON’S MOST WANTED: More added including a 63-year-old man for ‘baseball bat attack’ thought to be in Camberwell

Do you recognise these men? Police want to hear from you 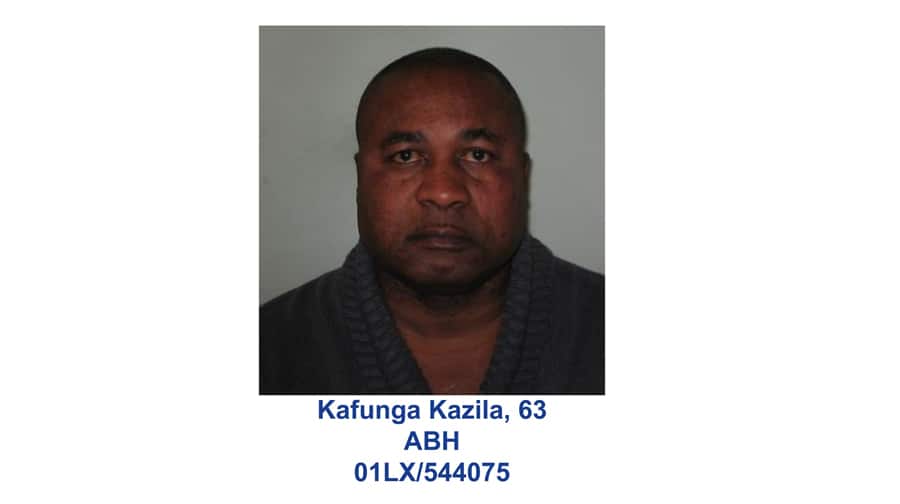 A 63-year-old man suspected of carrying out an attack armed with a baseball bat and is thought to be in Camberwell is among the second wave of photos released by Scotland Yard this week for wanted criminals. Kafunga Kazila is wanted for four allegations of actual bodily harm dating back to May 2011.

He reportedly attacked a man in SW9 by punching him in the head and chest causing him to fail to the floor.

He is then alleged to have used a baseball bat to hit the victim over the head and body causing injuries that required stitches.

This week police have been running a series of activities in the press and across social media targeting the wanted.

On what police have called #WantedWednesday Scotland Yard released the names and images of nine individuals from across London they wanted to speak to.

Among them was a Peckham man suspected of gouging a man’s eyes until he was partially blind.

Anthony McDonagh, 30, is sought by police for three allegations of grievous bodily harm after he reportedly attacked a man, punching him and leaving him blind in one eye.

McDonagh is believed by police to be in the Peckham and Nunhead areas, covered by the SE15 postcode. Do you have information about the whereabouts of Anthony McDonagh, (pictured)? Police would like to hear from you

Yesterday (Friday February 15) they have released a further eight as part of their #FindThemFriday.

Detective Superintendent Lee Hill, said: “Some of the incidents in question have seen victims with some extremely serious injuries and we are asking the public to be additional eyes and ears to help us locate these people.

“We often get asked by the public how they can help keep their communities safe, and providing information such as this is enormously helpful both in preventing and detecting crime.”

He added: “I know some people are unwilling to pass on information such as this. However, I would ask people to consider how they would feel if it was their family member, loved one or friend that had been seriously injured or the victim of crime.

“One phone call could help potentially solve or even prevent a crime from happening.”

Police said none of the suspects should be confronted if recognised, but 999 should be called.

The independent charity Crimestoppers can also be contacted anonymously on 0800 555 111.

The other wanted men being sought by police

Leer is believed to have punched his victim, instigating a fight during which he has allegedly grabbed the person by the ears and smashed his head into the ground approximately five times, until the victim was unconscious. Police believe Cawley was involved in a road traffic collision but attempted to flee the scene. He was followed by the victim who approached him when Cawley is alleged have admitted he was drunk. He then started punching and attacking the victim with a spanner, police said. He allegedly attempted to attack the victim’s wife before smashing the windscreen and an iPhone. Ward was identified by an officer at the scene making off from a burlgary. He then attempted to get into a vehicle and drove off causing the officer to fall and injure themselves, police said. He allegedly mounted the pavement causing another officer to jump out of the path, but this officer was uninjured. Yassin is wanted on suspicion of GBH from an incident in 2011 following an argument where he is believed to have stabbed the victim in the head, neck, arm and abdomen, cutting his liver. Latouche  is believed to have stabbed his victim leaving a 2cm wound to left side of his back. Police said they had identified him from CCTV of incident In a heated argument with a woman in June last year, he is believed to have punched her in the head, causing bruising and swelling. He then failed to attend police interview, officers said. Seperately, in October 2018 Ellis argued with another female, and is alleged to have pushed her to the floor causing her to hit her head on the floor. Detectives said he also damaged a vase & mirror and made off from police.

Southwark NewsNewsLONDON’S MOST WANTED: More added including a 63-year-old man for ‘baseball bat attack’ thought to be in Camberwell