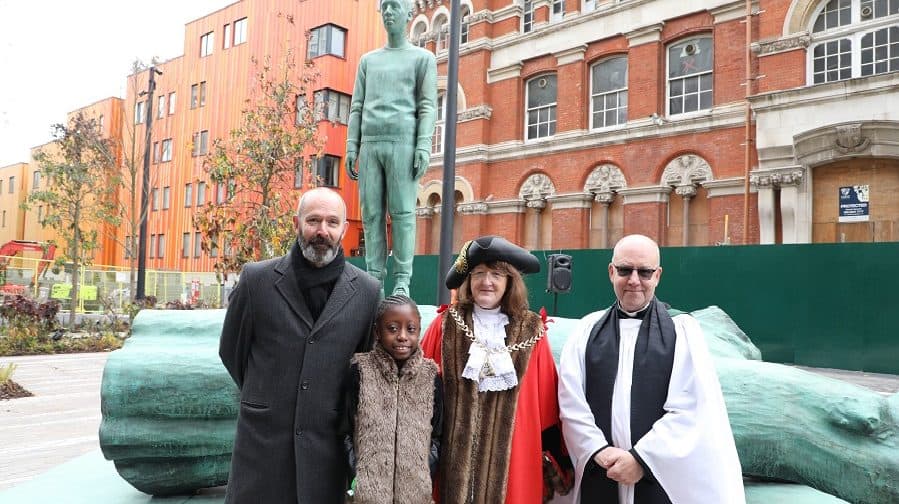 London’s newest war memorial was unveiled in a moving ceremony in Walworth Square this week.

It depicts an anonymous youth standing on a giant, fallen ash tree, and is inscribed with a line from the poem: ‘Against the armour of the storm I’ll hold my human barrier’.

The piece was installed to mark the armistice centenary, but also to commemorate all affected by war and conflict across the world – including members of the armed forces, civilians, refugees and many others.

It was commissioned by Southwark Council with support from Lendlease and the Contemporary Arts Society.

The unveiling now brings to a close a series of events marking the 100 year anniversary since the end of the First World War across Southwark.