The local contestant in the villa says he might be a cheeky chappy, but he's a romantic at heart 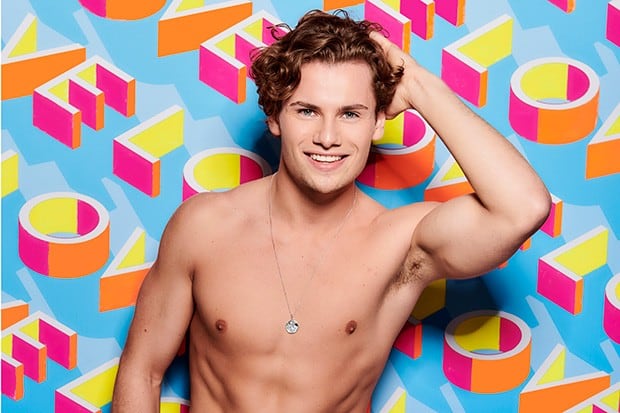 Joe Garratt, 22, from Bromley is among those hoping to find love as Love Island comes back on-screen tonight (Image: ITV)

Love Island hits our screens again tonight on ITV 2 at 9pm – but locals might spot a familiar face this year as one of the contestants is from south-east London.

Joe Garratt, a 22-year-old catering company owner from Bromley, will be among those hoping to find love in the villa on ITV’s hit reality TV show.

The self-described joker says he does not take life too seriously and is a romantic at heart. But his downside is lateness – “I’m always late as well, I can be super late as well”, he said.

The former semi-professional rugby player says he doesn’t have a type. “For me, it’s just more how we click, if she is fun, outgoing and doesn’t take herself too seriously and is open to talk about things,” he said.

“I’m looking for a connection, obviously initial attraction is key but the connection is the main go-to.”

However, the one thing he can’t stand in potential dates is someone who is “stuck-up” he said.

The 22-year-old describes himself as being around 8.5 on a ten-point scale, and says his teeth and curly hair are his best features – as well as his good “chat.”

But the curly-haired contestant hasn’t always been lucky in love. Cheeky chappie Joe says his biggest claim to fame is that he used to play semi-professionally for a rugby team (Image: ITV)

“I went to a bar once with a girl and we were having a few drinks,” he said.

“There was an office that I used to deliver sandwiches to and these three women came over to me chanting ‘Sandwich Man, Sandwich Man’, they would not stop!

“I thought it would ruin the date, I was super embarrassed.”

He has only previously had one girlfriend, who he knew locally, and normally meets people in bars.

All’s fair in love and war to win the affections of a girl in the villa, he says.

“I’ve always said that love is a super powerful thing,” he said.

“If I genuinely feel that connection, the chance for love, then I’ll go leaps and bounds to get that. For me, I’ll do whatever.”