She describes herself as "funny, easy-going but a little bit bossy" 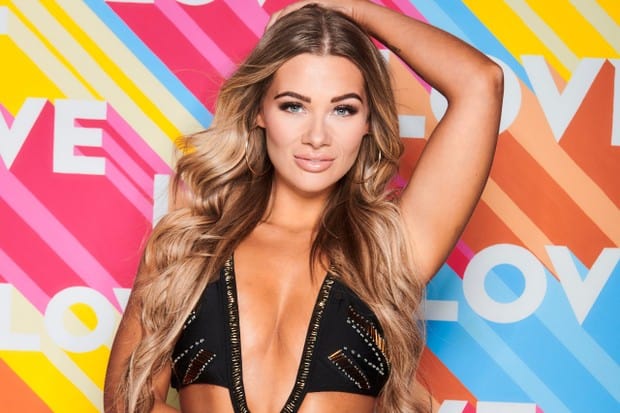 A Bermondsey woman is hoping to find the love-of-her-life on ITV’s hit series, Love Island.

Shaughna Phillips, 25, is among the singletons starring in the show’s first ever Winter installment, which hit our screens yesterday.

The democratic services officer at Lambeth Council – who quit her town hall job to pursue romance in the South African villa – has initially been coupled up with contestant Callum Jones from Manchester.

Speaking before entering the villa, Ms Phillips described herself as “funny, easy-going but a little bit bossy.”

“I’m chatty, funny and clever – people won’t expect it from me,” she said.

“When they hear me speak about certain things they’ll be shocked. I like to get on with everyone, too.”

So far it hasn’t been plain sailing in love for the 25-year-old. “Being on a first date with a guy and getting a cab home to mine and my most recent ex-boyfriend was sat outside my house in his car crying,” she says of her worst ever date.

“I was furious. The date didn’t know how to react and just pretended to be on the phone. I ended up being with him for a year and a half after that.”

She is hoping to find a man who is “funny, a little bit smart, not smarter than me as I’d get really annoyed,” on the show which sees singletons pair up in a series of challenges in a bid for love.

Ms Phillips has been backed in her ambitions by Lambeth’s Deputy Council leader, Claire Holland, who said she was rooting for the former town hall employee on the show.

The local lass is not the first person with a Southwark link to try to find love on the popular show.

Last year, 20-year-old Sherif Lanre, who had played for the Dulwich-based Old Alleynians rugby club, was forced to leave the series in nine days after breaking its rules.

In a statement at the time, the chef said: “In a case of poor judgement, I broke the villa rules and as a result agreed with the producers that it was best for me to leave the villa.”

Love Island continues weeknights and Sundays at 9pm on ITV 2.