Despite motorists’ vocal opposition, only 40 per cent of households in Southwark are car owners 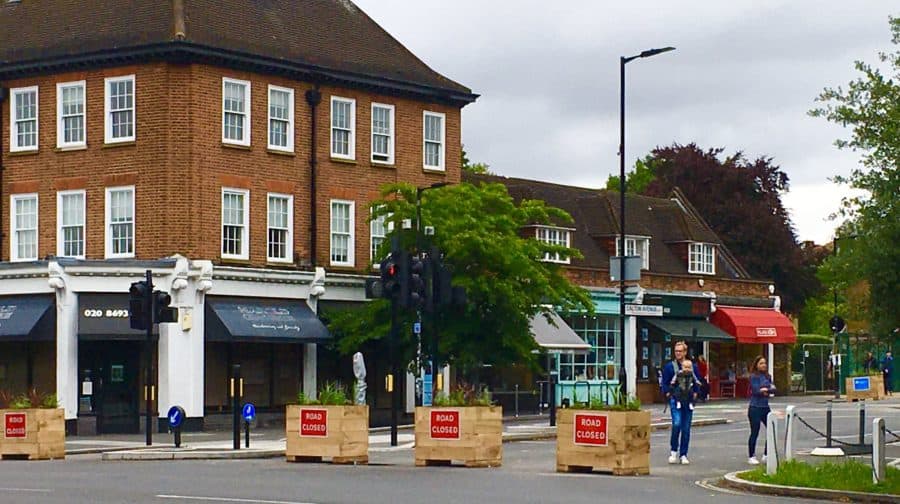 Car blocks in the new junction in Dulwich Village

In the last month the News has reported on sweeping traffic changes in place across the borough as part of the council’s response to the COVID-19 pandemic.

Newly pedestrianised streets and closed off junctions have been put in place to make social distancing easier, reduce air pollution, and help more people commute safely back to work without relying on public transport.

But their implementation has not been plain sailing; with a huge opposition gathering against how the scheme has been implemented in Walworth.

Meanwhile, walkers, cyclists and the non-car owning majority are praising the initiative as a bold sign of the future.

Over in Dulwich, the scheme is igniting similar tensions. One post on neighbourhood app NextDoor inquiring what people think of the area’s low traffic neighbourhood, and specifically the Calton Avenue and Court Lane closure, has racked up 227 comments and counting since August 16.

Gill Judson, a volunteer for the Community Fridge in East Dulwich, said the changes had slowed down her deliveries, saying that the road blocks appeared to worsen traffic on thoroughfares with schools and hospitals.

Replying online, a community midwife described how the closures mean she spends more time travelling and less time with mums-to-be.

“We do not have a blue light to move through the traffic,” she wrote. “The emergency services will struggle with this too.

“All it needs is an accident on the South Circular and the whole place will be gridlocked. Keep everything crossed that’s not the day you need an ambulance in a hurry.”

A key feature of the schemes is the divide between ‘winners’ and ‘losers’ depending on whether their street has become virtually car free or fully congested as a result of the road blocks.

One poster, Marcela Holtheuer, described her home in Court Lane as having been turned into a ‘rat run’ during her 20 years in the area, with residents often unable to get out their own driveways due to queues for the South Circular.

“In terms of pollution, it has also been horrible, we could not open the front windows and you can imagine how much this affected the children especially during the winter with coughs and colds and especially for people with respiratory conditions and asthma,” she said, arguing that the change was needed.

In April a new group called ‘One Dulwich’ organised in response to the Dulwich Village LEN. It says it shares Southwark Council’s objectives to reduce traffic, improve air quality and promote safe walking and cycling but does not support the closures now in place.

The group is advocating  ‘timed restrictions at peak hours’ as a compromise – saying the current system makes life harder for those who have to drive, and divides the community into those with no traffic and those with even more congestion.

One of their key arguments – similar to concerns raised in Walworth – is that the scheme may make the most polluted roads worse; addresses like East Dulwich Grove, Lordship Lane and Grove Vale, which already breach WHO limits.

Despite motorists’ vocal opposition, only 40 per cent of households in Southwark are car owners.

One supporter of the initiative, writing under the name rahrahrah, said the idea the scheme was ruining life for the majority simply didn’t stack up: “Most people don’t need to drive to schools.

“Unless we want to see higher levels of breathing problems, road deaths and escalating obesity levels, we should be encouraging those who can, to walk and cycle.

“Closing a few junctions does not amount to banning cars. Eighty per cent or more of all public space is still given over to motor vehicles.

“We’re just looking for a modest rebalancing in favour of people.”

They later added: “The majority of people in Southwark don’t have access to a car.

“Most streets have two lanes for parked cars or long term vehicle storage and two more for moving traffic.

“This doesn’t leave much room for people. The amount of resource given over to car drivers is completely disproportionate.

“The reaction of people to a few pretty timid attempts to reallocate a little space to make it easier for people to get about, is pretty incredible in my opinion.”

Meanwhile one new cyclist – posting under the name Otto2 – described a newfound confidence in quiet streets.

“Cyclists and walkers should have equal enjoyment of roads and it makes sense to add some routes where the air is better to breathe and the traffic less frenzied.

“There is room for everyone -adding some quiet streets is also great for the kids.

“I saw a large amount of families en route today, enjoying the easier to cycle roads.

“My road now has increased traffic (huge actually) due to the change, but, I think that will change over time when people get used to the changes and reroute.”

Writing under the name ‘East Dulwich Henry’, one car-owning resident said the initiative was ‘long overdue’ and changed their own approach to travel.

“I’ve just taken my first walk up Melbourne Grove since the restrictions came in, and it’s made such a difference.

“Hardly any traffic, peace and quiet, this is long overdue.

“I just hope the council has the guts to face down the petrol heads and apply more of these pinch points.”

Nice that “East Dulwich Henry” can walk up a quiet melbourne grove, not so on ajoining Ashbourne grove which has now become a drive way for Melbourne grove, & cars doing u turns when they realise they can’t turn right onto East Dulwich rd ..maybe Ashbourne & chesterfield could benefit from closure & access to Melbourne could be just from its junction with lordship lane ?

Absolutely ridiculous! What numbskull came up with this policy!! Result is greater pollution as people drive further going the long way round. Rethink needed.

AS I DO A SCHOOL CONTRACT I HAVE TO PICK UP IN DULWICH VILLAGE AND I GET THERE AT 07.33 AND IT TOOK ME 1.30 HOURS TO GET ROUND AND BACK OUT PAST BOTH THE SCHOOLS THE GIRLS SCHOOL AND THROUGH TOWNLEY ROAD INTO LORDSHIP LANE