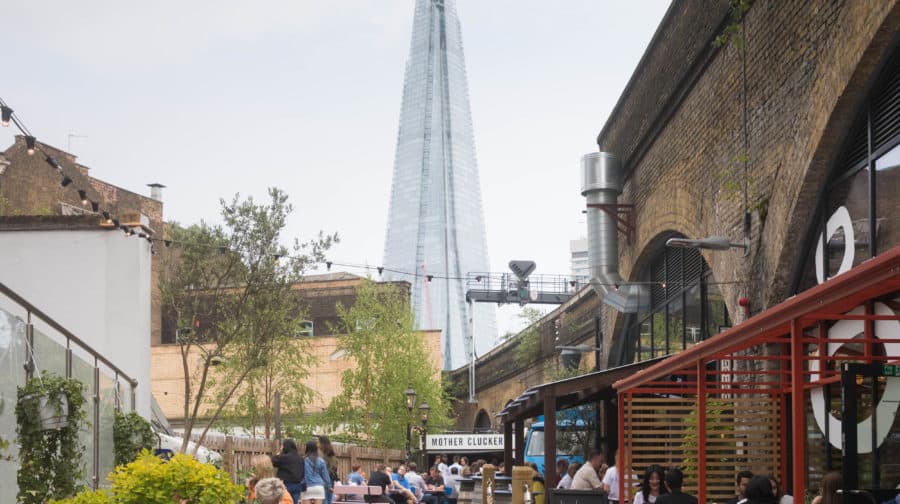 The Old Union Yard arches, part of the Low Line

The winner of an international competition to redevelop the ‘Low Line’ railway viaducts through Bankside, Bermondsey and London Bridge has been announced.

The winning concept, Low Line Commons, will see new green infrastructure on and around the viaducts including community gardens, tree planting and wildlife habitats.

Low Line Commons was developed by PDP Architects. Pedro Roos, a partner at the firm, said: ‘We are delighted to have been announced as the winners of the competition.

“We look forward to working with the client team in developing the Low Line as a robust piece of infrastructure for London that creatively tackles the current environmental, economic and social challenges head-on.”

The call for design entries was met by 82 applicants since its launch in July last year. “We were very pleased to see so many entries to the competition, both locally and internationally,” said Donald Hyslop, Chair of Better Bankside.

“The Low Line will become an important part of some of London’s most vibrant communities and neighbourhoods.”

Locations on the railway viaducts and archways have previously been given dedicated music tracks, in a bid to encourage people to walk along the route.

The tracks could only be heard by visiting each of the sites in person, including well-known locations such as the Shard and Borough Market, as well as Ewer Street, close to the Tate Modern.

More details can be found out about the Low Line project at: www.lowline.london.

It would be useful to see a map of the extent of the renovation and development works. Extending the walkway even further would be great!