The catch? You have to visit the locations in person to be able to hear the music on your phone 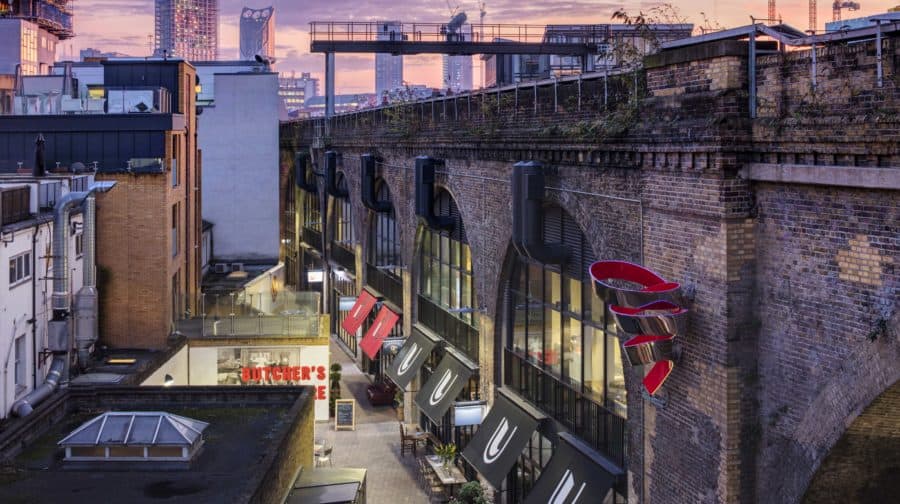 The Union Yard arches in Bankside is among the locations to get specially-designed music (Image: Adam Parker)

Musicians have created tracks for fifteen sites along the Victorian railway viaduct from Bankside to Bermondsey as part of the London Festival of Architecture.

However, the tracks can only be heard by visiting each of the historic locations in person – therefore encouraging people to visit the neighbourhoods that inspired the music.

The locations are all on the Low Line, the Victorian railway viaducts and archways spanning Bankside, Bermondsey and London Bridge.

Among them are well-known locations such as the Shard and Borough Market, as well as Ewer Street, close to the Tate Modern, and Bermondsey’s Blue Market. The view from Ewer Street, which also has a track which it has inspired

A free public event was held on Tuesday, June 4 at the Underdog Gallery in London Bridge from 5pm featuring live music as part of the project.

The ‘Musicity’ idea is the brainchild of BBC Radio 3 presenter, Nick Luscombe.

He said: “It’s a joy to be bringing new music to such a culturally rich part of the city. I’m particularly pleased that we’re celebrating world famous locations such as Borough Market, the Shard and London Bridge Station, alongside the intriguing, less well-known likes of Old Union Yard Arches, Wardens Grove, Bermondsey Street Tunnel and Underdog Gallery.

“Following the Low Line is a fascinating, surprising way of seeing an intriguing part of London.

“We’re encouraging audiences to venture out, explore architecture, neighbourhoods and the urban environment with a bespoke soundtrack.”

To hear the tracks for each of the locations, visit them in person. Once there, visit musicityglobal.com on your smartphone to hear the music.