A spokesperson said: "There is no evidence yet that this material poses an unacceptable fire risk or needs to be removed." 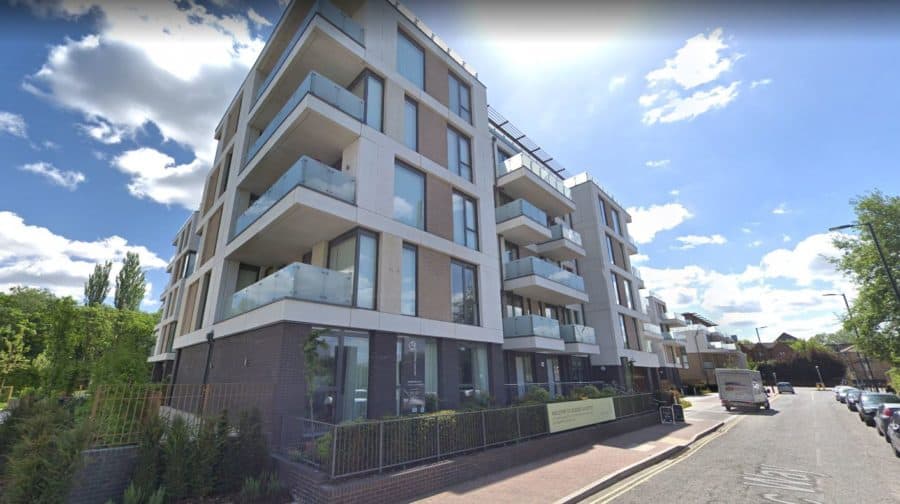 A spokesperson said there was no evidence that the material was an unacceptable fire risk or needed to be removed (Image: Google Maps)

Housing association L&Q has sought to reassure residents in a Canada Water development after material which was on a Barking block that caught fire was discovered at the site.

ThermoWood was used on the balconies and cladding at Samuel Garside House in Barking, which was the site of a blaze which damaged 47 flats earlier this month.

The same material has also been used on the façade of Canada Water’s Quebec Quarter, according to an investigation by specialist publication, Inside Housing.

However, an L&Q spokesperson said that there was no evidence that ThermoWood was a fire risk, or that it needed to be removed at Quebec Quarter.

A London Fire Brigade spokesperson told the News they could not comment on the cause of the fire, as it was still under investigation.

At least twenty flats were destroyed, but luckily no-one was injured.

As a precaution, L&Q said it would be reviewing all blocks which have timber cladding, including ThermoWood, and commissioning expert fire safety advice “where appropriate.”

But a spokesperson added: “Quebec Way has an up-to-date fire risk assessment and was built in accordance with regulations.”

“In the meantime residents should continue to follow their usual fire strategy as their building is designed to keep them safe in the event of a fire.

“When assessing any building’s fire risk, the overall construction as a whole needs to be considered as fire safety measures operate as a total system and are not simply reliant on a single aspect.”

As the News has previously reported, more than 100 residents in L&Q flats in Elephant and Castle were forced to move last month over ‘unsafe’ cladding used on the buildings’ exterior.

Those living in flats at 26 and 28 Arch Street were forced out over the ‘high pressure laminate’ cladding discovered at the block.

L&Q’s chief operations officer, Andy Brown, described the situation as “incredibly unfortunate” and offered his support to those affected, saying: “We are doing absolutely everything we can to support the residents and treat them as we would want to be treated ourselves.”