In the last fifteen years passenger numbers have increased by 5.4 million 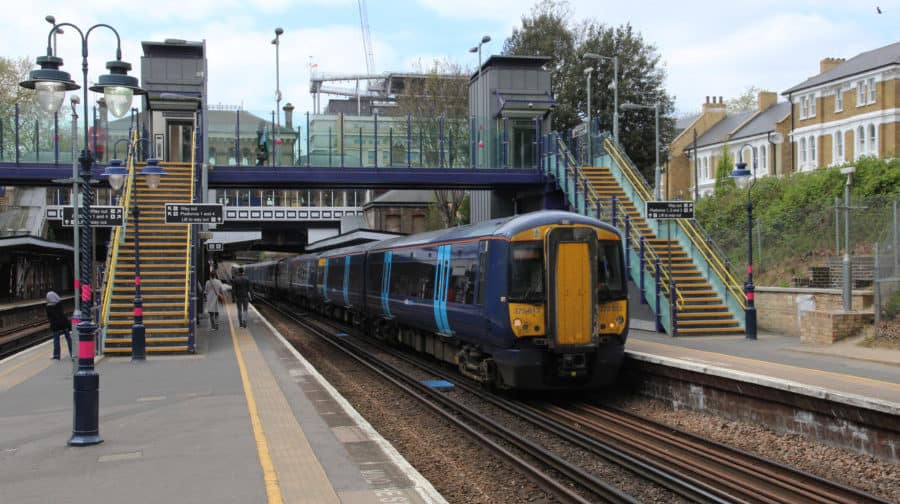 Network Rail says it has secured funding from the Department for Transport for a redesign of Denmark Hill Station to tackle overcrowding.

Detailed plans will now be drawn up for proposals including a new entrance on Windsor Walk, increased canopy cover so people can make more use of the full platform length, more platform screens, and changing the layout of benches to free up space.

The government department has pledged £604,000 and it is expected that, depending on planning permission, detailed designs could be ready by July 2021.

Denmark Hill is one of London’s busiest stations and it is hoped the redesign can help reduce daily congestion problems and delays.

In the last fifteen years passenger numbers have increased by 5.4 million, are expected to rise by another third in the next two decades.

According to Network Rail the station is now busier than several national interchanges – including Milton Keynes Central, Leicester and Southampton Central, partly due to the orbital overground route linking services with Clapham Junction to the old East London Line opening in 2012.

More than six million was ploughed into improving the station in 2013, including step-free access, a new ticket office, a coffee shop, and accessible toilets.

“For years local residents, the SE5 Forum, Southwark Council, Florence Eshalomi AM, Helen Hayes MP and I have pressed the government and Network Rail, to make the station safe and fit to serve staff, patients and visitors to the two world-leading hospitals nearby, King’s College Hospital and the Maudsley.

“So it is very welcome that Network Rail has secured government funding to move forward with their plans to increase capacity and is working with Southwark Council and our local hospitals towards the desperately needed second entrance on Windsor Walk.

“We look forward to finding out when this long overdue work will start and when it will be completed.”

Councillor Richard Wingfield, the cabinet member responsible for the environment at Southwark Council, said: “Getting the station to a condition where it is better able to cope with the demand placed on it has been a subject close to the hearts of many local people and ward councillors for many years.”

Network Rail’s southern region director for investment, Paul Harwood, said the plans would now be taken forward with the council and both hospitals.