Malcolm Mide-Madariola: Dad’s tribute to “brave and noble” son who died helping others 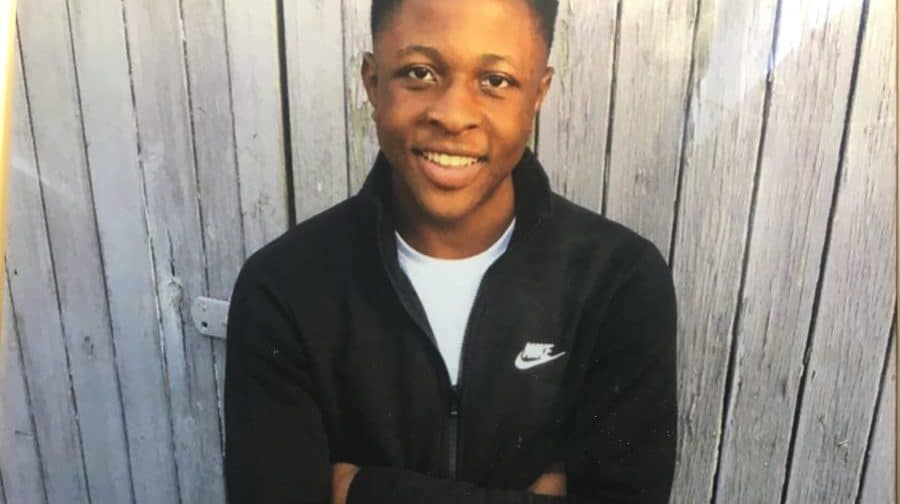 The father of a teenage boy stabbed to death while protecting his friend from a knife-wielding thug says he will always be proud of his son’s nobility and bravery in his final moments.

Seventeen-year-old Malcolm Mide-Madariola was a former Harris Academy student with a clutch of top GCSEs, described by his teachers as a role model “admired by all in our school community”.

He was murdered outside Clapham South tube station on November 2, 2018, after a group tried to start a fight with his friend.

In his attempt to make peace, the top student was butchered by another seventeen-year-old boy with a ‘zombie’ style hunting knife. He was rushed to hospital but died shortly after.

His murderer can now be named as Tammuz Brown, from Abbey Wood after a judge waived his anonymity when he turned eighteen.

Brown was sentenced at the Old Bailey last Friday, September 6, and given sixteen years behind bars.

The court heard how Brown and his friend were intent on fighting a friend of Malcom’s over a perceived slight.

While trying to protect his friend, Malcolm was stabbed three times, including once through the heart.

Brown had a previous conviction from August 2018 for possessing a similar weapon. Treynae Campbell, 19, from Sydenham, was acquitted of murder and manslaughter but pleaded guilty to possessing an offensive weapon. He will spend just 28 months at a young offenders’ institution.

Speaking to the News this week, Olumide Wole-Madariola said of the sentence: “The quantum of Malcom’s loss is not comparable to the number of years his killer is given.

“It could never be. But the integrity Malcolm had, the nobility of his personality, his sacrifice, is consolation for us.”

“For us as a family it is a pain we have to live with for the rest of our lives. We have to deal with it ourselves, manage and contain it. Our lives have been stopped for another eleven months.

“The judge did what she could do within the context of our justice system. But Brown’s sentence isn’t a proper deterrent. Life should mean life.

“Brown had been convicted for carrying a knife but months later he killed my son.”

Olumide hopes the foundation he has set up in his son’s memory can help other young people stay away from knife crime and follow his son’s hardworking example instead.

“I feel pity for these kids as sometimes it is the system or their families that have let them down. At what point does a child become a bad child?

“In the next two weeks we are donating to some local schools and also exploring how we can work with victim support, to help other families like ours. I’m so grateful for the moral support and donations from everyone.”

The foundation aims to help families who are victims of knife crime and associated violence, focus on education and training for young people especially in IT, a passion of Malcolm’s, and set up young people as peer mentors to help others make the right choices in life.

Malcolm with his Dad, Olumide

In the days after Malcolm’s death, executive principal Rebecca Hickey told the News: “He had a dedicated work ethic, was a deep and creative thinker and balanced a calm, mature manner with a wonderful sense of humour and an infectious smile.

“Malcolm was admired by all in our school community: teachers loved working with him; younger students looked up to him and his peers recognised him as a very special individual.

“To lose such a precious, innocent life at so young an age is beyond tragic. Malcolm will be remembered always as a great ambassador of Harris Academy Peckham.”

Speaking after the foundation launched in June, Olumide told the paper: “We want to try and re-engineer their hope and restart their life.

“Malcolm wanted to be a fashion designer, a property guru, he was recording music.

“He had a phenomenal smile, it was so infectious, there was nothing you could do to him, he was always smiling and so calm.

“Malcolm lived a normal life. He never drank, never smoked, and had never been late home without texting or calling us – that was Malcolm for you.

“On the day he died, when many would run away, he just took his ground and did what he thought was right.

“That bravery is what we want to bring out, peer pressure doesn’t have to change who you are.”