Malorie Bantala ‘LOST EVERYTHING’ AFTER UNBORN CHILD KILLED BY FATHER 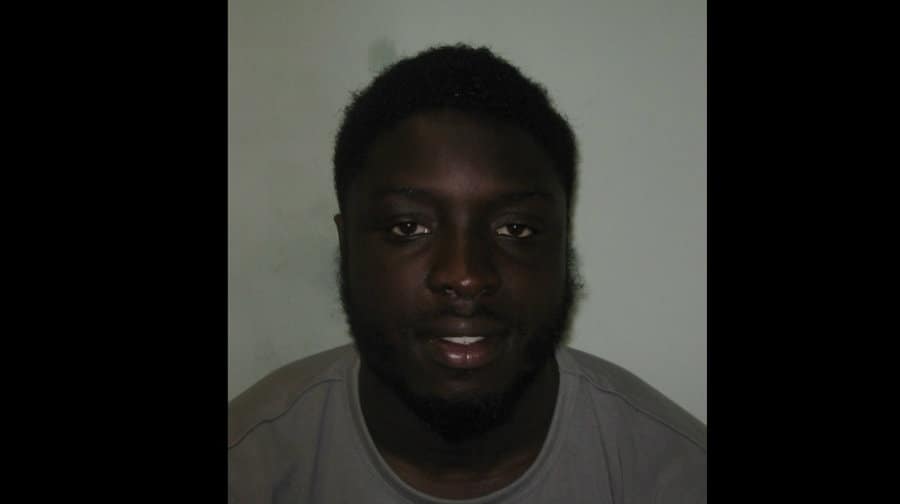 The mother of an unborn child who was killed by his own father has told of how she “lost everything” the moment her baby Joel died.

Teaching assistant Kevin Wilson, 22, was found guilty of a horrific attack on his ex-girlfriend Malorie Bantala in June of this year when he and a seventeen-year-old accomplice, kicked and stamped on her stomach until the baby growing inside her was dead.

In her impact statement to the court during Wilson’s trial, the brave Marks and Spencer’s worker told of how she almost died herself after the brutal ambush by two men in motorbike helmets in Talfourd Road, Peckham on June 15.

“If I was given the opportunity to raise Joel I know that I would have raised a wonderful, responsible, strong man, a man that would have been a hundred times the man Kevin could ever be. But due to the assault which led to the death of my son, an inhumane, brutal and sickening attack on my son, I nearly died also.”

The court heard how the attack was so prolonged and powerful that some of Malorie’s bones were broken, including two of her fingers from where she had desperately tried to protect her baby.

From her kitchen window, television producer Lisa Gilchrist saw Malorie curl up in a ball while the two men were “kicking her stomach with as much force as they could,” she said.

She then saw the suspects run away before Malorie stumbled to her feet screaming “my baby.”

She was rushed to King’s College hospital but her unborn baby boy could not be saved and was stillborn by emergency C-section. Malorie, needed life-saving surgery to control bleeding from a major artery.

“The moment Joel died inside of me I lost everything,” said Malorie in her statement. “Life as I knew it no longer made any sense, I lost myself. I often thought I no longer had a purpose in the world, if Joel isn’t here then why am I?”

Malorie Bantala was attacked after refusing to give up her baby

The Old Bailey heard how Wilson, of Longfield Estate in Bermondsey, pre-planned the ambush on the woman he had a relationship with at university in 2011.

After the pair had a one night stand on holiday three years later, Malorie fell pregnant and Wilson demanded she have an abortion. When she refused, the teaching assistant enlisted the help of a seventeen-year-old friend, who cannot be named to carry out the attack as Malorie walked home to the Pelican Estate after arranging her baby shower.

“People often refer to me as the ‘victim’ of a horrific attack…the real victim of this attack is my son Joel; an innocent baby who did nothing bad to anyone,” said Malorie. “My attackers had the opportunity at a life, they’ve lived, they’ve loved, they’ve travelled, and they’ve had life-changing experiences.

“My son will never have that. Joel never got to meet me properly, he’ll never know how much I love him, I’ll never get to see him smile, see his first set of teeth, watch him struggle as he learns to crawl or watch him take his first steps. I love my son so much, words cannot even describe it…now I’m left with a suitcase full of his clothes, hand prints and foot prints, and some pictures.”

Now her only hope is that Wilson and his younger accomplice will be “suitably punished by the law for their lies, their lack of guilt, their deception and most importantly for taking the life of my son Joel from me.

“They have taken a healthy life and taken a part of me that I will never get back. I want them to pay in return for what they have done, for killing a baby before it had any opportunity to live life.”

Detective Chief Inspector Rob Pack, of the Homicide and Major Crime Command, said it had been a “truly shocking case. Shocking that a man would plan and carry out such a violent and abhorrent attack with the sole intention of destroying the life he had helped create. Also, shocking that any person would help him in committing this crime.”

Wilson, who DCI Pack said “carefully planned this attack” has since been fired from his job at a school for children and young people with special educational needs.

On Thursday last week a jury found Wilson and the seventeen-year-old guilty of causing grievous bodily harm with intent and child destruction at the end of a two week trial.

Wilson glanced at the jury as the verdicts were delivered while Malorie erupted in an outburst of emotion and had to be dragged from court kicking and screaming.

Wilson then had to be taken down to the cells looking faint as the judge warned both they could face life sentences for the attack.

A date for sentencing is still to be set.