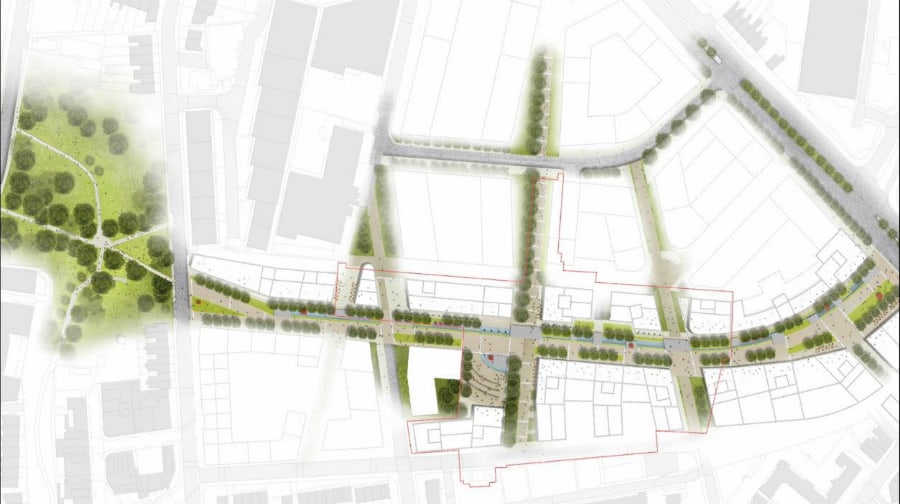 Plans to revive part of the route of the old Grand Surrey Canal have been unveiled in consultations on April 21 for a regeneration project at Malt Street near the Old Kent Road, writes Alex Yeates…

The canal was officially opened in 1826 to transport timber to the Surrey Commercial Docks and was filled in the 1970s to become an industrial estate that has since shut.

Berkeley Homes is now trying to link the Old Kent Road to Burgess Park along a section of the old canal route, as part of a project to build new homes and make the area more accessible.

Debbie Noel, an Old Kent Road resident, said: “Generally we are 90 per cent in favour of it as the area is run down and does not have much going on. The Old Kent Road is known for being old and having different styles.

“The great thing about the Old Kent Road is that it is so diverse with all sorts of different people living here. We need to make sure it looks and feels the same, so it will be interesting with tower blocks being built.

“The green route is an interesting idea that came from one of our meetings.

“Making the park more accessible and extending the green lanes is a great way to make us feel more like a community. Any added green areas are more than welcome.”

The route is intended to incorporate art features as well as stretches of water, to remind residents of the area’s history.

Peter Davidson, Land Director at Berkeley Homes, said: “We were delighted that so many people took the time to come and view our initial concept proposals for the Malt Street Regeneration last week. The feedback we have received will be vitally important as we bring forward more detailed plans later this year.

“We are currently reviewing the feedback and we were pleased that there was particular interest in the new public open spaces we are proposing.”