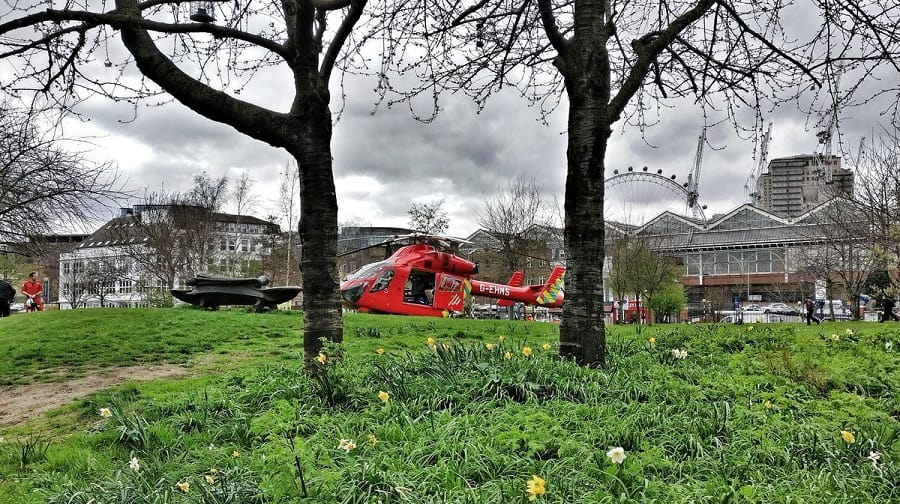 A man, in his 20s, has been recovering in hospital after being stabbed in a Southwark playground.

The man was knifed at Nelson Square at about 1.20pm on yesterday (Sunday).

The area was cordoned off by police following the incident as officers investigated.

Scotland Yard confirmed police, paramedics and London’s Air Ambulance were called to nearby The Cut following reports of an assault.

A spokesman for the Met Police said: “A man, believed to be aged in his mid-20s, was found suffering from a stab injury.

“He was taken to a south London hospital where he remains in a stable condition.

“His injuries are not believed to life-threatening.

“At this early stage of the investigation, it is believed that the man was assaulted in Nelson Square.”