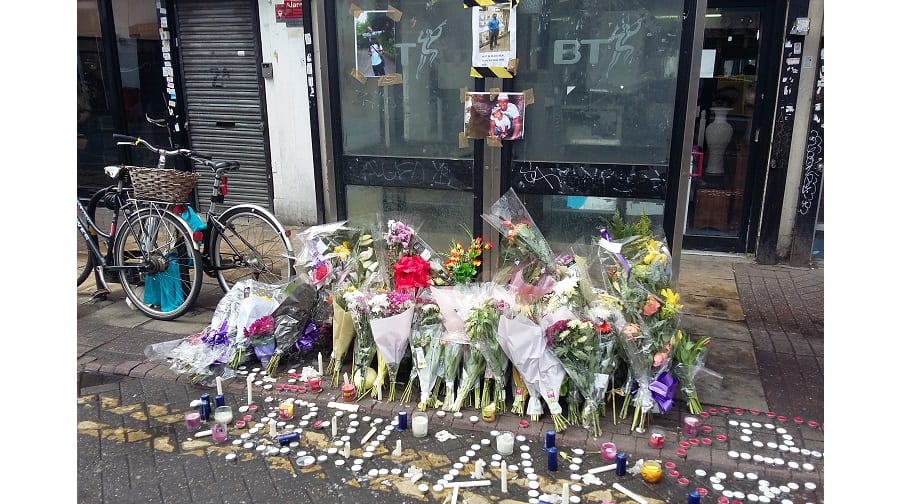 The shrine for Bilal Kargbo in Blenheim Grove

A young man has appeared in court charged with the murder of father of four, Bilal Kargbo, who was killed in Peckham on Friday.

He was charged by police in the early hours of this morning with murder and possession of an offensive weapon.

He will next appear at the Old Bailey on Monday.

Ofoeme was arrested on May 1, with another man, aged 28, who was released on bail until a date in June having been suspected of “assisting an offender”.

Mr Kargbo, who lived in Borough and worked at a phone shop in Peckham, was pronounced dead at the scene in Blenheim Grove at 3.51pm, April 28.

A post-mortem concluded that he died after receiving stab wounds to his chest and arm.

Mr Kargbo was named by a close friend, Alim Komora, who made an emotional plea to the Evening Standard.

He was born in Sierra Leone, and police say his next of kin have yet to formally identify his body.

Crowds attended a candle-lit vigil held in Blenheim Grove on April 29, at a shrine of flowers and photos.