Man, 23, stabbed in broad daylight in Bermondsey described as ‘kind, loving and funny’

'He’s honestly such a lovely boy, never causes any trouble and is always willing to help' 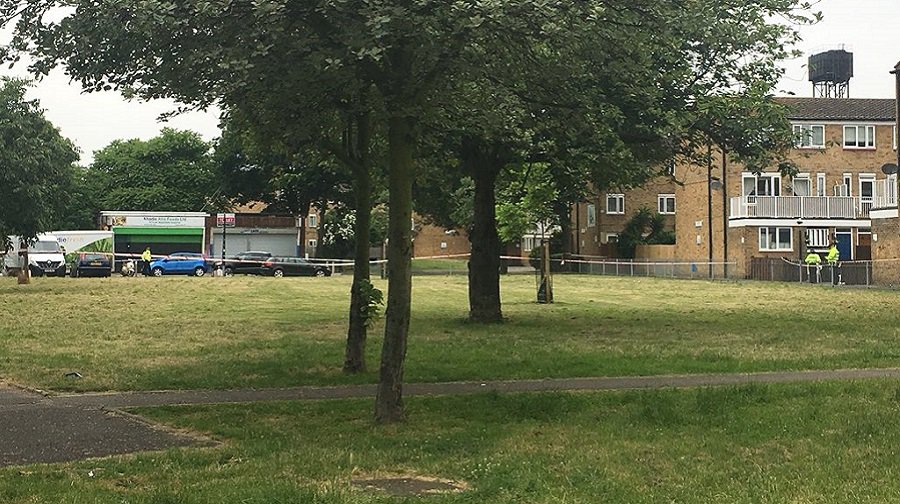 A 23-year-old man, described as “kind, loving and funny”, was fighting for his life in hospital after being stabbed in broad daylight on a Bermondsey estate.

Police and ambulance crews were called to Lucey Way at about 6.17pm on Monday, June 11, to reports of a man suffering stab injuries.

The victim, now said to be in a critical but stable condition, has not yet been identified by police.

He has been described locally as a 23-year-old man from a “nice family” who “never causes any trouble and is always willing to help”.

A resident who lives in the area described the moment the man was rushed into someone’s home while people called an ambulance.

“At about 6.18pm I looked out of the window and I know it sounds stupid but it looked like he was dancing and all of a sudden you could see blood and everyone was shouting that he had been stabbed,” the woman, who wished to remain anonymous, told the News.

“A resident took him into her home and someone called an ambulance.”

The woman said she often saw the man in Lucey Way, but that she believed he was from another estate in Bermondsey. “He has never caused any harm; they keep to themselves,” she said.

“Whenever I’ve come with my shopping he has helped. He is meant to be from a nice family.”

A woman who knows the victim, but did not want to be identified, described the incident as “a tragedy”.

“He’s honestly such a lovely boy, never causes any trouble and is always willing to help,” she said.

“He’s a kind, loving and funny young man; it really is such a tragedy.”

A resident who has lived on the estate for fifteen years said she hoped the incident was “just a one off”.

“It’s really worrying,” she said. “It’s a big estate – we are one of the biggest estates still standing and we still have a really good community feeling.

“There’s never been anything on this scale while I’ve lived here.

“It’s sad and it’s horrible but hopefully it’s just a one off.”

Police cordoned off the area surrounding the estate after the incident on Monday, but it had been scaled back to a small area as the paper went to press.

A business owner who was unable to open his shop because of the cordon said he was “surprised” by the stabbing because he had never known anything like it to happen since he had been there. Bermondsey and Old Southwark MP Neil Coyle said he would be asking the Metropolitan Police Commissioner again for additional resources for the borough “to cope with the local levels of crime and violence”.

“I’m pushing again the government on this pathetic slump in prosecution because the more people get away with violent crimes, the more they will do it again,” he added.

“We absolutely need to make sure they are caught and sentenced and it’s simply not happening and fundamentally part of the problem is that police don’t have the time or the resources.”

The man was said to be in a critical but stable condition in a south London hospital on Wednesday morning.

Local reports say he was stabbed four times, but this has not been confirmed by police or ambulance.

A spokesperson said police were keeping an open mind regarding the motive of the stabbing, but did not make any appeal describing possible suspects.

There have no arrests and inquiries continue.

Anyone with information can contact police by calling 101 or tweeting @MPSSouthwark.

To report information anonymously, call Crimestoppers on 0800 555 111 or visiting www.crimestoppers-uk.org