Extra police have been drafted into Southwark 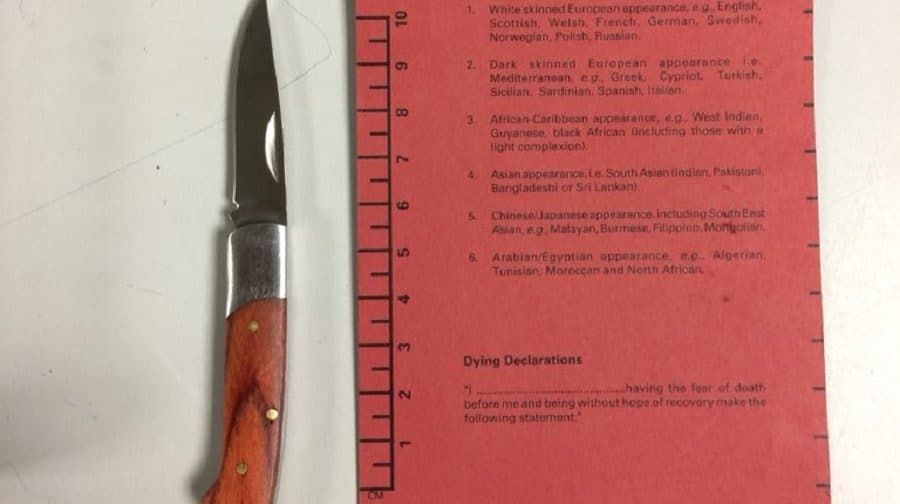 Shocked officers arrested a man in Peckham after finding a knife ‘secreted up his bum’, though it is uncertain exactly how extreme his efforts were to hide the blade.

Police took to twitter to share their shock after the weapon was discovered during the strip search “secreted up his bum”, later commenting that fortunately the blade was foldable.

The suspect, who was pulled over by police on Rye Lane, was also found with eighteen boxes of laughing gas canisters and cannabis.

After a further search of his home was authorised, police uncovered two more knives hidden under a bed.

When the News contacted Southwark Police for more information, they confirmed the weapon had been uncovered “between the buttocks”, but were unable to confirm any further details.

1 male arrested in #Peckham by TSG U53 for PWITS Psychoactive Substances (18 x boxes of canisters below), Possession Cannabis and Off Wep after 1st knife found secreted up his bum in strip search. 2 knives found under bed during S.18 search. Exactly what we want??@MPSSouthwark pic.twitter.com/sWaaHt5xqT

The suspect was arrested by a crack force team brought into Southwark to help bring escalating violent crime back under control after last Thursday’s quadruple stabbing on Camberwell’s Elmington Estate.

Officers from Officers from the violent crime taskforce and territorial support teams have patrolled the borough, and stop and search powers and dispersal zones have also been in place across large swathes of Southwark from Camberwell to Peckham.

On Saturday police were called to a “large fight” at around 9.50pm, which they said involved ten males and a machete.

Four were stopped in SE16 and found with a large kitchen knife. Two more knives were found tossed into bushes by clever police dog Kaiser.

On Monday, a fourteen-year-old boy in SE15 tried to run from robbery squad officers but was caught with a knife.

And another man who tried to run from a vehicle was arrested the same day carrying two terrifyingly large blades.

The police is also investigating a robbery near Old Kent Road’s Tesco on Monday morning where the victim was sprayed with what is believed to CS spray by around five attackers on bicycles near Oxley Close.

Inspector Emma Dickinson from the task force told the News: “Task force officers have been working tirelessly at the forefront of the fight against knife crime.

“Unit 5:3 were tasked to Southwark and Lambeth last week where we had a number of positive results from stop and search.

“A number of knives were recovered – one concealed between the buttocks of a male found in Rye Lane, another found concealed in the pocket of another male.

“Throughout the week a significant amount of cocaine, MDMA, cannabis and cash have been seized and a number of people arrested.”