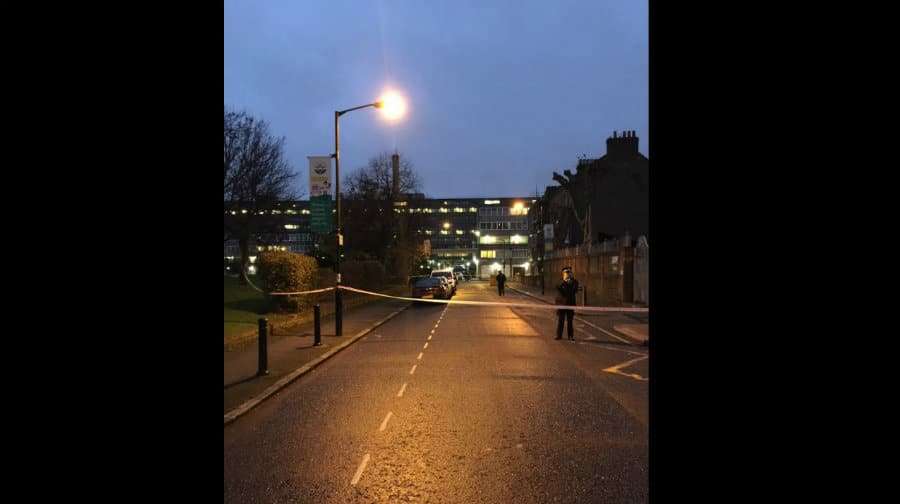 The scene of the shooting (photo by Southwark councillor Lucas Green)

A man has been arrested for attempted murder after a shooting next to a primary school on Sunday afternoon.

Surrey Square Primary School in Walworth had to be closed on Monday as police carried out their investigation, reportedly to search for the discarded gun in the playground.

No weapons were found at the school and it reopened as normal on Tuesday.

Talking to the News on Monday Cllr Victoria Mills, Southwark’s cabinet member for children and schools, said: “I can confirm that Surrey Square primary school is closed today [Monday] following a shooting on an adjacent street last night. We’re grateful to parents for their cooperation, as it’s important that the police can continue their investigation. The school expects to reopen tomorrow.”

Police were called to Alvey Street at around 5pm on Sunday to reports of a shooting and found a 23-year-old man with gunshot wounds. He was taken to a south London hospital, where he remains in a stable condition.

A nineteen-year-old man has been bailed until a date in January after he was arrested on suspicion of attempted murder and possession of a firearm.