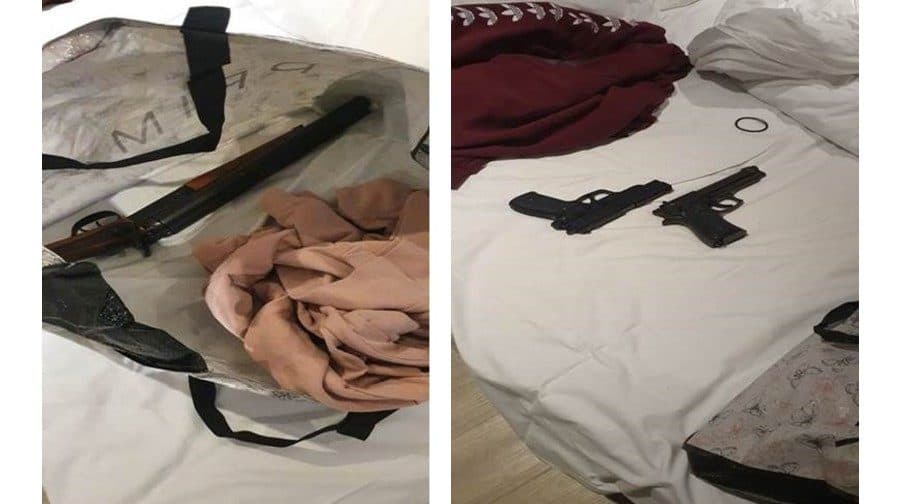 The suspected guns were seized from a hotel room in Deptford

A man has been arrested after three suspected guns were seized from a hotel room in Deptford.

Police were called just after 9pm on Saturday to an address in Plumstead, after the occupants said they had been threatened by a man with a gun on social media.

The man is known to them. Officers launched an operation to track the man down, who was suspected to be staying in a hotel somewhere in south east London.

Cops forced entry into a Deptford hotel at around 5am and arrested a 25-year-old suspect for threats to kill and firearms offences.

Two suspected handguns and a suspected shotgun were seized, say police, and have been sent for examination by forensics experts.

No one was injured in the arrest and no firearm was discharged, they added.

“This was some excellent work by all those involved.,” said Detective Constable Chris Barrett.

“As a result of the prompt and courageous action by officers, three suspected firearms have been seized, no one was injured and the suspect arrested.”

“This case demonstrates the dangerous and unexpected challenges that can be faced by police at any time, and the professionalism of the officers who deal with them.”