A section of Southwark Park Road was closed after the three-car collision last week. 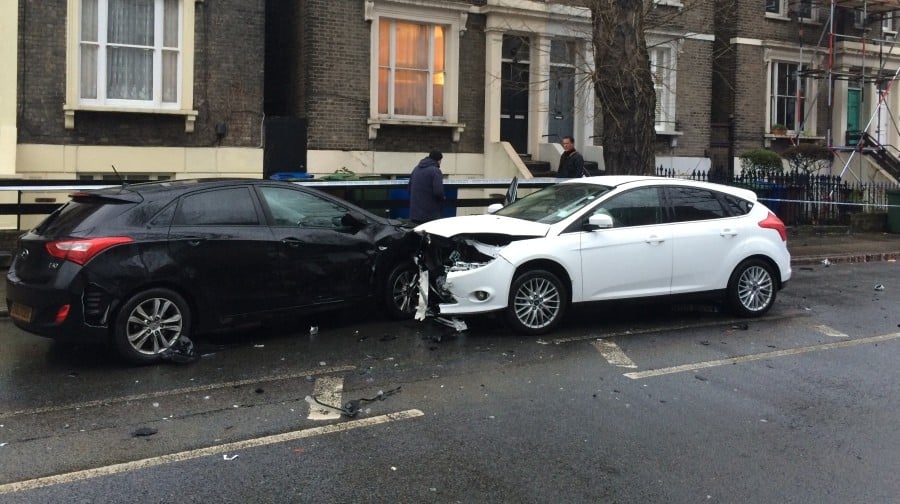 Two of the cars involved in the crash including an unmarked police vehicle (black).

An unmarked police car was involved in a three-vehicle collision in Southwark Park Road on Thursday afternoon.

Police are investigating the incident, which saw the police car collide with two other vehicles at around 3.30pm.

The driver of one of the other cars was arrested for dangerous driving and driving whilst disqualified, according to a police spokesperson.

He was also taken to hospital after the collision with injuries that are not thought to be life-threatening.

The third car involved with the collision.

A witness who wished to remain anonymous said: “I was just coming home from work on the bus. I missed the first collision but saw the second one happen right in front of me. It was mad.”

A section of the road between the junctions with Monnow Road and Longley Street was closed in both directions after the accident. The Route 1 bus was diverted while the scene was cleared.