Man in critical condition after being stabbed in the head in Dulwich Park, police confirm 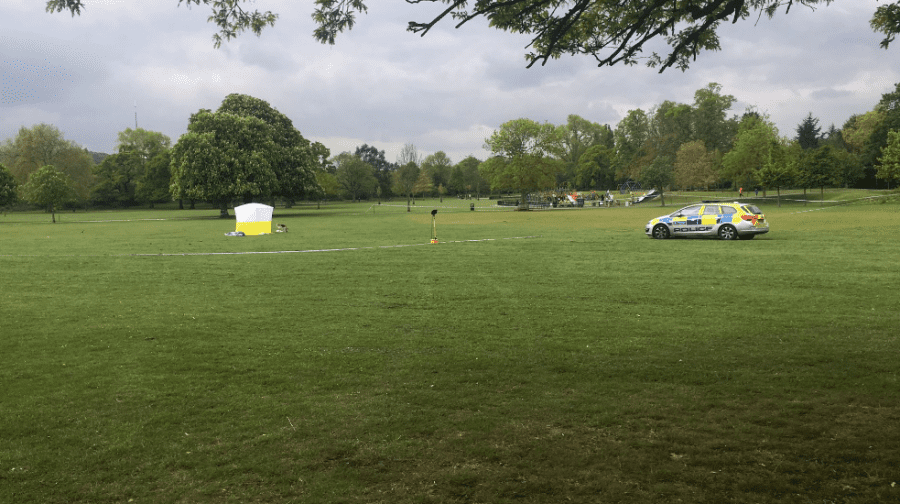 A 31-year-old man is fighting for his life after he was stabbed in the head yesterday in Dulwich Park, after trying to prevent a woman from being robbed.

An Air Ambulance was scrambled to the park after the attack took place at 1:03pm, and took the victim to hospital.

Police have this morning confirmed the victim’s condition is “critical”, and his next of kin have been informed.

Unconfirmed reports from online news sources suggest the 31-year-old was trying to prevent a woman from being robbed of her handbag.

Whilst trying to defend the woman, the man sustained a stab wound.

A Met Police spokesperson said: “Detectives in Southwark are appealing for witnesses after a man was stabbed,
Police were called at 1:03pm on Thursday, April 27 to reports of a stabbing at Dulwich Park, Dulwich

“It is believed the stabbing may have followed the robbery of a woman by a third party a short distance away.”

They added that no arrests have been made, and their “enquiries continue”.

It is also understood that either the victim, or the woman who was targeted for her handbag, was walking their dog at the time.

The dog was reported to have run away, and was thought to be missing, but was found safe and well yesterday evening, according to reports on social media.

Any witnesses or anyone with any information is asked to call police on 101 or via Twitter @MetCC.

Dulwich and West Norwood MP Helen Hayes said on Twitter: “Horrified to hear about stabbing in Dulwich Park today, my thoughts with the victim if you have any information pls contact @metpoliceuk”

Horrified to hear about stabbing in Dulwich Park today, my thoughts with the victim If you have any information pls contact @metpoliceuk

Southwark NewsNewsMan in critical condition after being stabbed in the head in Dulwich Park, police confirm