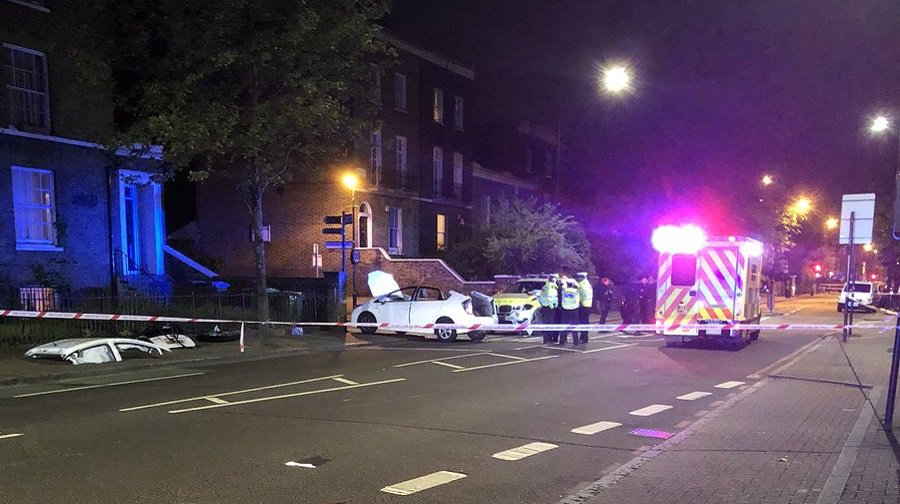 A man had to be cut free from a car following a crash with a marked police car in Camberwell.

At about 10.15pm yesterday, Thursday, a marked police vehicle was involved in a collision with a car in Camberwell New Road while responding to an emergency.

One man trapped inside a car had to be cut free by firefighters.

Three police officers and two members of the public were treated for minor injuries.

A Metropolitan Police spokeswoman said the incident was being investigated by the serious collision investigation unit and the director of professional standards had been informed.

“At about 10.15pm on May 10 a marked police vehicle responding to an emergency call collided with a car on Camberwell New Road, SE5,” said the spokeswoman. “Three police officers and two members of the public were treated for minor injuries.

“Police officers from the serious collision investigation unit are investigating and the director of professional standards has been informed.”

A fire spokesperson added: “Two fire engines and a fire rescue unit were called to a road traffic collision in Camberwell New Road.

“Two vehicles were involved. One man was trapped and was removed by firefighters.

“The brigade was called at 10.23pm and the incident was over for firefighters at 11.36pm.”

A London Ambulance Service spokesperson said an incident response officer, a single responder in a car and an ambulance crew attended the scene.

“We treated one person – a man – at the scene and took him to hospital,” they said.