This year was Nick’s third attempt on the mountain after a failed attempt in 2014 and the massive Nepal earthquake preventing ascent last year. 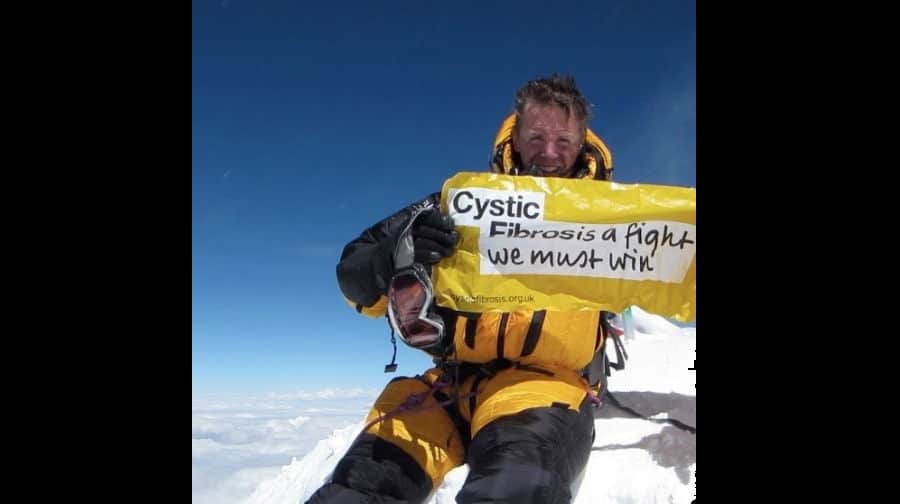 A Rotherhithe man with Cystic Fibrosis has been named a Point of Light after successfully climbing the highest mountain in the world in May, raising more than £86,000 for the Cystic Fibrosis Trust.

Nick Talbot, 40, climbed to the summit of Mount Everest in Nepal on May 13, battling freezing temperatures and dangerous conditions after setting off in March.

This year was Nick’s third attempt on the mountain after a failed attempt in 2014 and the massive Nepal earthquake preventing ascent last year.

Nick told the News how his oxygen tank broke near the top and a storm nearly forced them to call it off, before he beat his team by fifteen minutes to the finish.

“When we were getting to the top a storm was closing in and the team leader said at one point that we should go back,” he said.

“It was touch and go but he talked to the Sherpas [mountain guides from Nepal] and they persuaded him to wait for a few minutes and then it cleared.

“I went ahead of the team but then my oxygen broke, which was a bit worrying. We bashed it around a bit and got it working again. I did wonder whether I would have enough energy to climb again from Base Four.

“We got to the top fifteen minutes before the others. It was amazing being able to see for miles. I felt relief and it was brilliant.”

Nick was diagnosed with Cystic Fibrosis when he was twelve. It is a life-limiting inherited condition caused by a faulty gene that controls the movement of salt and water in and out of cells.

This causes mucus to gather in the lungs and digestive system and creates a range of challenging symptoms.

Prime Minister David Cameron, who awards the Point of Light, said: “Nick should be enormously proud of this astounding achievement which builds on decades of fundraising and awareness raising for the Cystic Fibrosis Trust.

“I’m pleased to recognise his commitment and dedication by naming him a Point of Light.”

Nick is the 544th winner of the award which was developed in partnership with the Points of Light programme in the USA, which was first established by President George H. W. Bush.