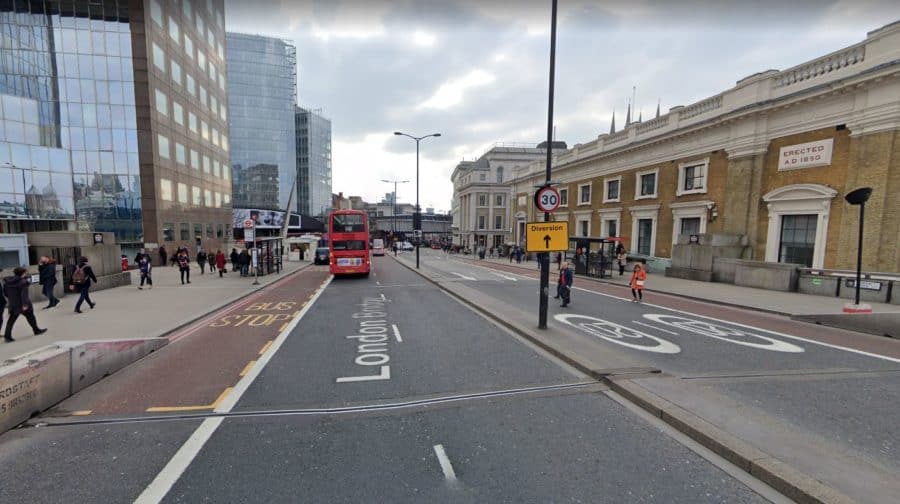 A man, who police said dived into to save a woman from drowning near London Bridge in the early hours of this morning, has tragically died.

City of London police said that they were called shortly after midnight to reports of a woman falling from the bridge and that two men dived in to save her.

The woman along with one of the two heroic men was rescued by Coastguard. The other man’s body was sadly found at around 6am this morning after helicopter searches last night could not find him.

The tide was high and the water was rough and choppy at the time.

A City of London Police spokesperson said: “We were called at 12.12am on Saturday April 24 to reports of a woman in the River Thames close to London Bridge.

“Two men, who had witnessed the woman fall from the bridge, entered the river to try and save her.

“The Coastguard and Metropolitan Police Marine Units were able to rescue the woman and one of the men.

“At 6am the same morning, a body was found believed to be that of the missing man.

“His next of kin have been made aware and are being supported by officers from the City of London Police.”

As the News has already reported the Ark Globe Academy pupil, who is believed to be aged just thirteen, fell from Tower Bridge at around 8am on route to the school in Elephant & Castle.

The woman was rescued, but the City of London police have yet to find the schoolboy.

The Sun reported witnesses saying that the woman heard screams when he fell from Tower Bridge and despite using a life-float to swim into the Thames, she was only able to recover his school jacket and school bag.

Police have appealed for anyone who may have witnessed a boy falling into the Thames from Tower Bridge to come forward with any information that could help by calling 020 7601 2999, quoting reference 21000215310.

I see you credit the coastguard with being involved in rescues on the river. The Coastguard has no mobile assets and the boats that respond to calls from the Coastguard are the RNLI, a charity and primarily volunteer search and rescue organisation. Tower lifeboat is the busiest lifeboat station in the country with in excess of over 600 launches per year compared to coast stations averaging 50. It is disheartening to see the credit for rescues going to other organisations who were not actively involved on the ground.

I would like to state, that I feel the surviving man that jumped into the river and helped to keep the woman afloat until rescued, should also be awarded a bravery medal.
I understand that the focus is presently on the man that drowned trying to save her but let’s not forget the other man.