Man dies in Camberwell Road after “coughing and vomiting blood” 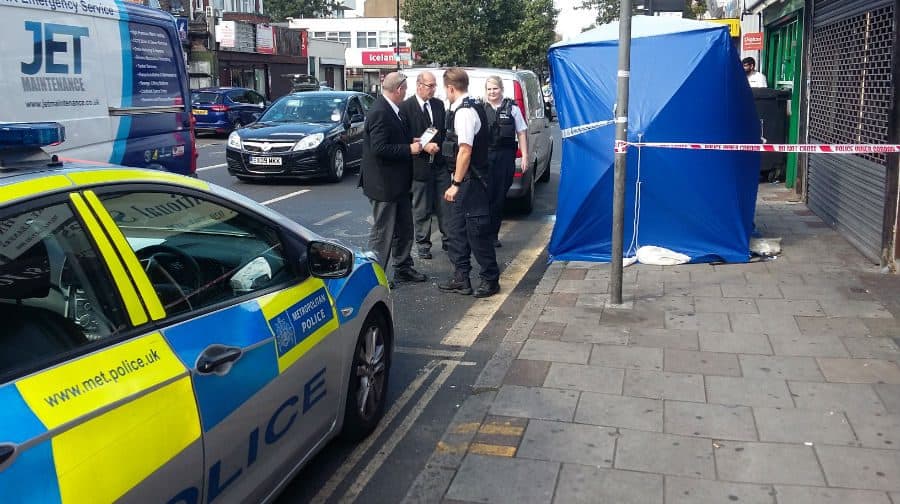 The police and a private ambulance assess the scene

A man fell to the floor and died after “coughing and vomiting blood” this morning in Camberwell Road, according to eye-witnesses.

The unidentified man is said to have been walking along the road at about 11:00am when he started having a fit outside Mens’ Traditional Shoes, leading to blood covering the pavement.

An eye-witness, who did not want to be named, said: “A crowd of people started screaming and gathering around. there was blood all on the pavement.

“An ambulance came and doctors tried to resuscitate him.”

Police have told the News that they are not treating the death as suspicious.

A blue tent was erected at the scene and the body was put into a red body bag before being loaded into a private ambulance at 3.35pm.

Mirwais Ahmedzi, a member of staff at the Seehra Supermarket on the opposite side of the Road, told the News: “A man who has come into my shop told me he knew the man, and he was from Croydon.

Police have said they were called to the scene at 11.30am.

A body is loaded into a private ambulance in Camberwell Road