Paul Gallihawk drowned while taking part in a charity triathalon. 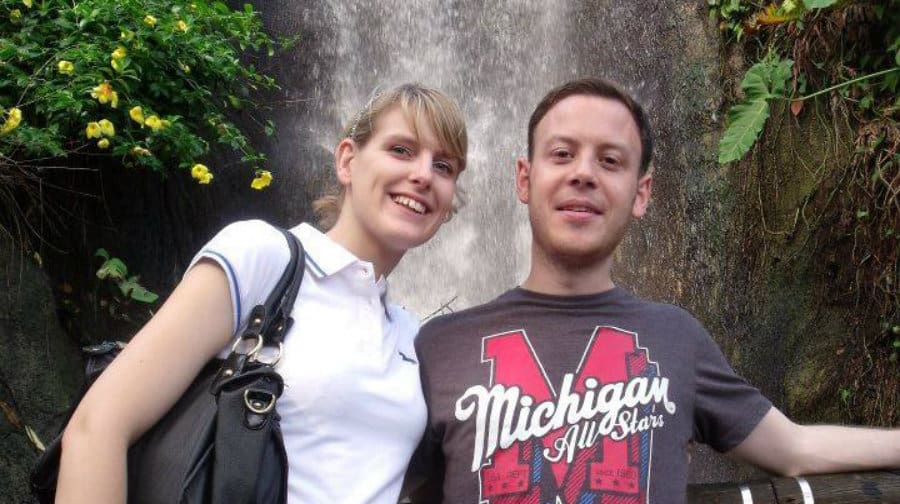 Paul and his girlfriend Hayley.

Tributes have poured in for an “amazing” fundraiser who drowned while taking part in a charity triathlon for King’s College Hospital last week.

Paul Gallihawk disappeared in Leybourne Lake in Kent during the open swim section of the race and was found by a search team on Monday.

The 34-year-old had been fundraising for the Camberwell hospital, who cared for his father last year.

His fundraising webpage, which had been set up with an initial goal of £300, has been inundated with donations since his tragic death, with the current total now standing at over £15,000.

His family said in a statement: “Words cannot express how we feel and what Paul meant not only to us but to all of his family and friends.

“Paul was a brilliant son and brother to Nick – he would do anything to help anyone and would always put them first. He had such a caring nature and will be sadly missed by all the family, extended family and friends.”

His girlfriend wrote on Facebook: “I am completely heartbroken and in complete shock as he was the most amazing boyfriend I could ever ask for x he was my soulmate and I love him with all my heart and always will xxxx”

Roland Sinker, the acting chief executive of King’s, said everyone at the hospital was “saddened” by Paul’s death.

He added: “Many people have chosen to remember Paul by donating to his Justgiving page, and it is heartwarming to see the generosity people have shown. We are extremely grateful to those people who, like Paul, choose to raise money for King’s.”