The late man's next of kin have been informed 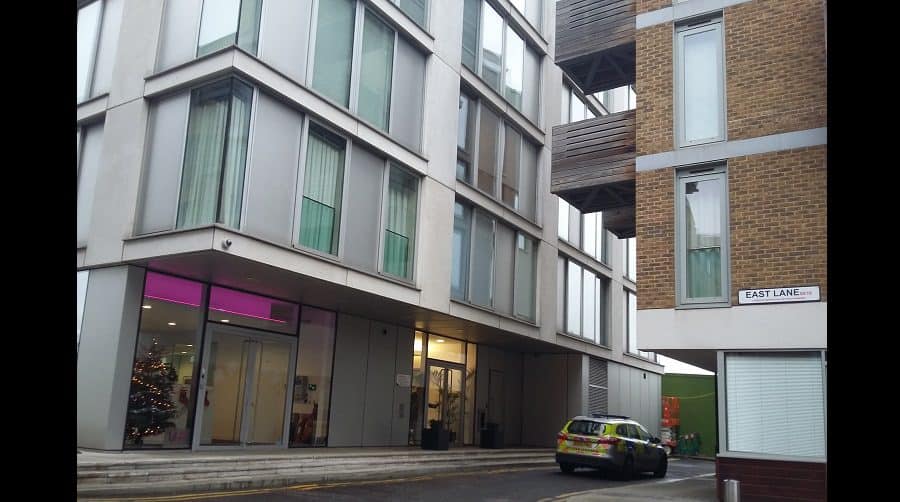 A man died from smoke inhalation on Tuesday after a fire engulfed his one-bed flat in Bermondsey Wall West.

A neighbour named the late man as Ian Paton, who lived in the third floor of Lunar House, and was said to be a barrister “in his late forties or early fifties”.

The Fire Brigade were called 5.35pm and evacuated the building. Police also attended at 6pm.

The neighbour, who did not wish to be named, said: “He lived on my floor. I would see him in the lift. We would speak and he was friendly.

“The Fire Brigade were called when someone saw smoke from outside the building. We all had to be evacuated, it was frightening.

“I left without my coat and barely anything on. I took a deep breath and ran from my flat down the stairs, and bumped into one of the firemen.

“I was asked by the police if I recognised the gentleman. He would certainly have been killed by smoke. Sorry, it’s really weird when someone has gone like that.”

Police confirmed the man died at the scene after medics tried to resuscitate him.

Four fire engines and 21 officers came from Dockhead, Old Kent Road, Deptford and Dowgate fire stations. The fire was under control by 7.23pm.

The cause of the fire is under investigation by the Brigade’s Fire Investigation Unit and the police, and the victim’s next of kin have been informed. No arrests were made.

The neighbour also gave thanks to workers at the Tideway site nearby, which was used as a holding site for the resident who were evacuated.