Police said they have spoken to the daredevil free-climber, but he was not arrested 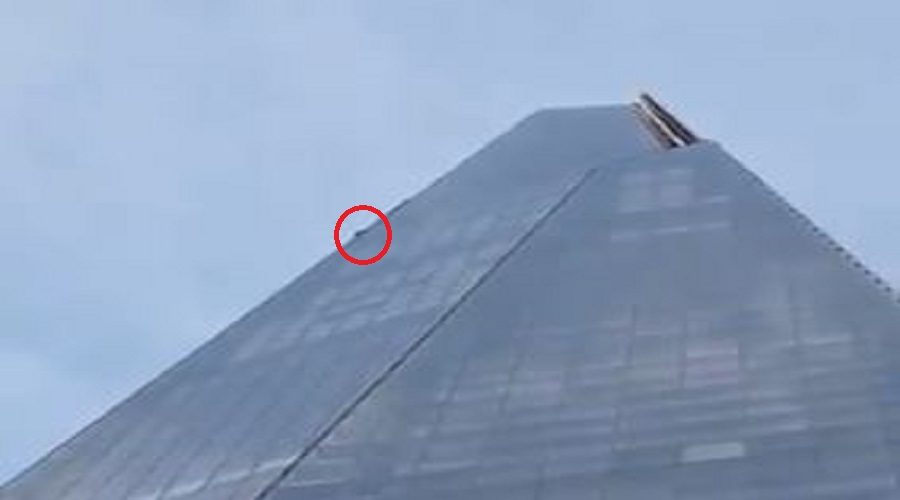 Police confirmed they were called to reports of the free climber just after 5am today but said he wasn't arrested (Image: David Kevin Williams / Twitter)

A free-climber attempted to scale the Shard this morning, reportedly without safety equipment.

The building in London Bridge is the UK’s tallest, at a dizzying 310 metres high.

Footage circulated online of the climber making his way up the skyscraper appears to show him near the building’s apex.

Police were called to the hair-raising stunt at around 5.15am this morning, but the daredevil was not arrested.

Someone is climbing up The Shard!!! ? pic.twitter.com/4yWG0CZ6Rt

The Met Police said: “Police were called at 05:15hrs on Monday, 8 July following reports of a ‘free-climber’ on the Shard.

“Emergency services attended and the man went inside the building where he was spoken to by officers. He was not arrested.”

Previous climbers of the skyscraper include YouTuber ‘CassOnline’ and a group of Greenpeace activists in 2013 in a protest against oil drilling.