The man, believed to be in his early 20s, was found with stab injuries in Lucey Way 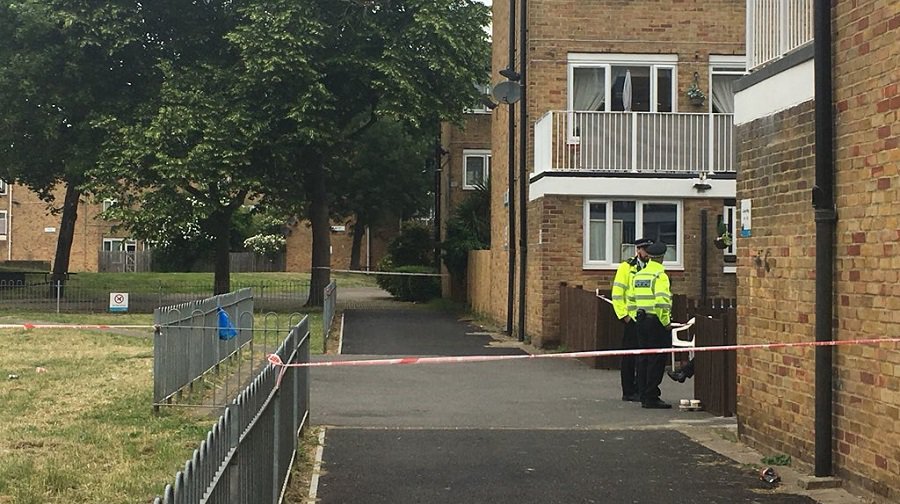 A man in his 20s is in a critical condition in hospital after being stabbed in broad daylight in Bermondsey.

Police were called to Lucey Way by London Ambulance Service at 6.21pm on Monday, June 11, to reports of a man suffering stab injuries.

The man, believed to be in his early 20s, was taken to a south London hospital where he remains in a critical condition.

A cordon and police officers remain in place on the estate today, Tuesday.

There have no arrests and inquiries continue. The stabbing is the latest in a string of knife and gun-related incidents in Southwark.

In Rotherhithe, a man and a woman were stabbed in the hand during a robbery in broad daylight at Stave Hill Ecological Park on June 1.

Earlier that same day, a man was arrested after a 30-year-old man was found with stab wounds on the Old Kent Road at the junction with Albany Road. In Brixton, a sixteen-year-old boy and 34-year-old woman were taken to hospital with gunshot injuries following a double shooting in Somerleyton Road on June 6.

Anyone with information can contact police by calling 101 or tweeting @MPSSouthwark.

To report information anonymously, call Crimestoppers on 0800 555 111 or visiting www.crimestoppers-uk.org