Man, in his 20s, knifed in broad daylight in Bermondsey churchyard

The victim was knifed in the abdomen after being approached by two teenagers and fearing he was about to be robbed, police say 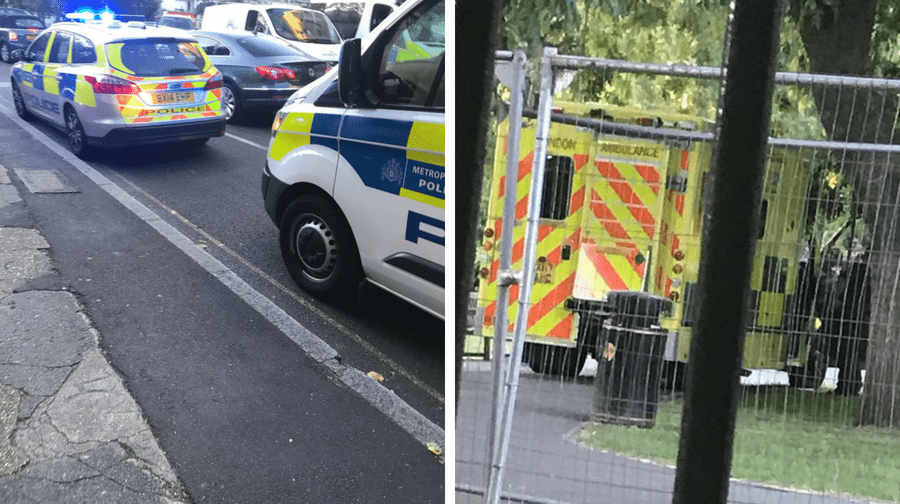 A man in his 20s was knifed in a Bermondsey churchyard in broad daylight just moments after fearing he was about to be robbed by a pair of teenagers.

The victim is said to have stood up as two teenagers approached him in St James’ churchyard, bordered by Thurland Road and St James’ Road, after thinking he was about to be robbed.

He was then “struck with a knife” which cut his abdomen during the incident at about 8pm on Tuesday, June 26.

An eyewitness, who wished to remain anonymous, told the News she had heard a woman was also involved in the incident – but this was not confirmed by police.

“I saw the commotion and I walked up there and someone said that a lady had been mugged and someone had intervened to try and stop it and they got stabbed,” she said.

“I didn’t actually see anything but I saw the tape around the scene.

“There were lots of people out of the pub [The Gregorian].” A Metropolitan Police spokesperson said: “Officers and London Ambulance Service attended and found a man in his 20s suffering from a laceration to the abdomen.

“The man was treated at the scene.

“Officers established that the victim was approached by two teenage suspects in St James’ churchyard.

“Fearing that a robbery was about to take place, the victim stood up and was struck with a knife. He did not require hospital treatment.”

The police spokesperson said there had been initial reports of a noxious substance but no such substance was involved in the incident.

No arrests have been made. Police inquiries continue.

Anyone with information can contact Metropolitan Police by calling 101 or online at www.met.police.uk/ro/report/

Alternatively, contact Crimestoppers anonymously on 0800 555 111 or by visiting www.crimestoppers-uk.org

Southwark NewsNewsMan, in his 20s, knifed in broad daylight in Bermondsey churchyard