Road was completely closed off as paramedics arrived 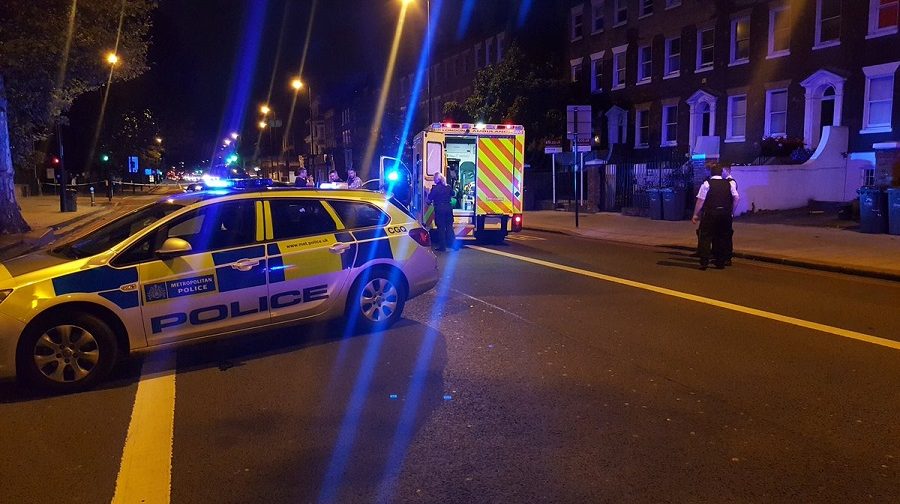 A man was taken to hospital after being hit by a moped during a high speed police chase on Monday night.

Officers say they were following two mopeds in a high speed pursuit down Kennington Park Road just after 11pm on Monday, August 27, when one moped hit a member of the public and fled the scene.

The road was completely closed off as paramedics arrived and took the twenty-five-year-old man to hospital with a suspected broken leg.

A police spokesperson said there have been no arrests in connection with the incident and the Met’s directorate of professional standards has been informed ‘as a matter of course’.